Patterson has enjoyed a long and distinguished period of service with the PNP and as a government official before becoming prime minister. He was party organizer from 1958 until 1960 and also served as a member of the PNP's Constituency Executive, National Executive Council, and Party Executive. He was campaign director for the general elections of 1972, 1976, and 1989. From 1969 until 1982, he served as the party's vice president and has been its chairman since 1983.

Patterson's first experience as a government official was as senator from 1967 until 1970. He served as the opposition leader from 1969 until 1970, and was then elected to the House of Representatives as a member from the rural parish of South East Westmoreland. He held that seat for the next 10 years and was reelected in 1989. Following the PNP's victory at the polls in 1972, he was given his first ministerial 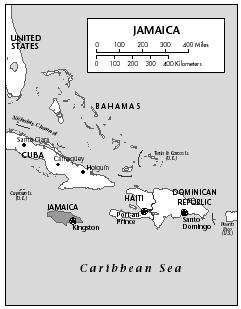 During the socialist era of the 1970s, Patterson played a key role in the construction of policies aimed at transforming Jamaica's political and economic system. Further, between 1990 and 1991, he was responsible for preparing the Five-Year Development Plan, establishing a National Planning Council, and assuming leadership of the National Productivity Council.

Following the PNP's electoral victory of 1989, he was once again appointed to the position of deputy prime minister and minister of development, planning, and production. Between November 1990 and December 1991, Patterson held the portfolio of minister of finance and planning. In January of 1992, he was forced to resign as deputy prime minister because of his involvement in a perceived conflict of interest controversy. The government provided import tax waivers worth US $1.47 million for a senior PNP official. Although acknowledging that he had erred in not consulting with cabinet members, he has insisted that he never profited personally from the affair. Following the resignation of Prime Minister Michael Manley due to poor health, Patterson won the election as party leader of the PNP and was sworn in on 30 March 1992 as Jamaica's sixth prime minister since its independence from Britain.

Patterson returned to office following national elections that were held in March 1993. He served as prime minister and a member of Parliament for a further four years, until December 1997 elections. In a landslide victory, his PNP won a third term, making this the first time in Jamaican history that a political party has won three consecutive elections.