Regarded by many as a "billionaire business mogul" and a political dilettante, Berlusconi has demonstrated a characteristic ability to learn quickly, but as often as not by his own mistakes. He filled his first cabinet with cohorts whose political inexperience matched his own. He alienated the judiciary and soon felt its wrath. The Italian political electoral system is characterized by instability, with voting determined by a complicated system of majority and proportional voting determining seats in parliament. As many as two dozen political parties are represented. Berlusconi's position as "victor" (as head of the center-right Forza Italia party) can be 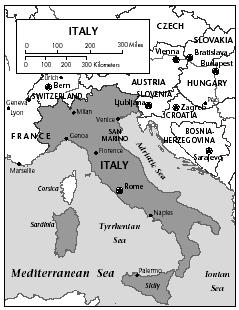 rightly regarded as suspect. Nevertheless, he is favored by the people, who see him as a forceful, self-made man capable of creating wealth for everyone. His opponents, however, consider his media-empire position as head of the country's broadcasting, publishing, and financial interests an astonishing and certainly politically unfair, conflict of interest. As for his promises to reform the old order, critics point to his assorted corruption scandals as evidence that he pays off the establishment rather than takes it on.