Bartholomew (Bertie) Patrick Ahern was born on 12 September 1951 in Dublin. His father was a farmer who joined the IRA during the 1919–21 war for independence. Ahern grew up in a working-class neighborhood on the north side of the city and later attended University College Dublin, where he received a degree in accounting. He also attended St. Patrick's National School in Drumcondra, St. Aidan's Christian Brothers in Whitehall, and Rathmines College of Commerce. He was first elected to the Dail in 1977, serving as a member for the Dublin Finglas constituency. Over the next five years he served in a variety of lower-level ministerial posts. In 1982, he became his party's chief whip and its parliamentary leader in the political opposition. During this time he also served for a year as Dublin's lord mayor. When Fianna Fail returned to power in 1987, Ahern received his first cabinet post as the minister of labor. Four years later he was named finance minister. He is separated from his wife, 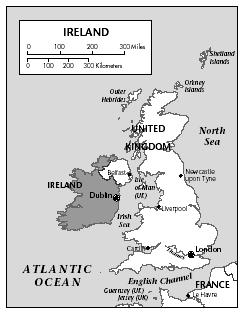 Miriam. His relationship with his longterm partner, Celia Larkin, apparently ended in April 2003.