Once considered by many to be a forceful, eloquent, and persuasive speaker—a man of the people—Yala has been 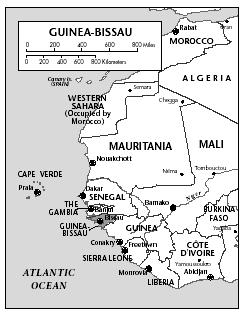 increasingly criticized as mercurial and authoritarian. Indeed, his first two years in power have been markedly destabilizing for the country. The 92% voter turnout in January 2000 indicated wide popular support for Yala, but since his inauguration on 16 February 2000, Yala has provoked continuous political conflict. His pledge to fight corruption was dealt a blow by the discovery that several million dollars of development assistance had gone unaccounted for, and by April 2002, no one had been brought to justice in the case.

The jury is out on whether his first two years will go down as erratic or Machiavellian. While the poor and working class identify with his background and simple lifestyle, he has failed to launch health and education programs, and to revitalize agriculture as he promised. Although his government has had to cope with being a minority in parliament, and to accept coalition partners in the cabinet, Yala has reshuffled, sacked, and arrested senior members of his government, and in General Mané's case, eliminated pretenders to the throne. In November 2002, after disputes with the prime minister, Yala dissolved the Parliament altogether, accusing it of incompetence. While he promised elections would be held in February 2003, they were postponed. Opposition parties formed into two separate coalition groups in hopes of wresting power away from Yala's PRS. By April 2003 elections had already been postponed a second time, due to the failure to update voting lists and the government's alleged lack of financial and organizational means to hold the elections.