Keith Claudius Mitchell was born 12 November 1946 in St. George's, the capital city of Grenada. He attended primary and secondary school in Grenada. Mitchell was active in sports, representing Grenada as captain of the cricket team and leading the Windward/Leeward Islands combined youth team. In 1968, he attended the University of the West Indies, Barbados (Cave Hill) campus, on a government scholarship. There he studied mathematics and chemistry, graduating with a bachelor's degree in 1971. Mitchell returned to Grenada to teach, then won a scholarship to pursue a master of science degree in mathematics at Howard University in the United States. He continued his studies at American University, also on scholarship, where he earned a doctorate in mathematics 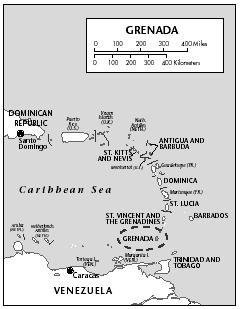 and statistics (1979). Between 1977 and 1983, Mitchell taught at Howard University. He also started his own consulting firm in Washington, D.C., and subsequently worked for various international organizations and U.S. government agencies. Mitchell is married to the former Marietta Cummins and has one son.

Mitchell is an avid cricket player, having been captain of the national cricket team from 1971–74.