After completing his extensive education, Chirac immediately embarked upon a career of government service. He worked briefly as a civil servant in Algeria, after which he was employed as an auditor in the Cour de Comptes (similar to the U.S. General Accounting Office). In April 1962, he joined the General Secretariat of the Council of Ministers and before the year's end had been named to the staff of Prime Minister Georges Pompidou. In 1965, he became municipal counselor for his parents' hometown, Sainte-Féiéole. In 1967, he was elected deputy to the National Assembly for Corrèze. Also in the same year, Pompidou named Chirac to be under secretary of state for social affairs and in the following year secretary of state for economic affairs and finance. Chirac continued in the same capacity under the new minister, Valéry Giscard d'Estaing, and was subsequently given responsibility for the budget. In 1973, he was appointed minister of agriculture and rural development. When Pompidou died in office, Chirac was instrumental in the victory of Giscard d'Estaing. In May 1974, he was repaid for that support when the president named him prime minister. Ideological differences later provoked a rift between the two men, and in April 1976 Chirac resigned as prime minister.

In December 1976, Chirac was elected president of L'Union de Démocrates pour la République (RPR), the conservative political party of which he had been under secretary since 1974. Chirac immediately changed the name to Rassemblement pour la République, which was evocative in name as well as ideology of the party of de Gaulle. Chirac soon became the driving force within the party and consequently a significant actor on the political right.

Despite his earlier opposition to the creation of the office of mayor of Paris, in 1977 Chirac declared himself a candidate for the post. He won the March elections, and the following year RPR candidates swept to victory in the parliamentary elections. His disputes with Giscard d'Estaing widening, in 1981 Chirac announced his intention to run for president. He finished third in the first-round balloting with only 16% of the vote. In the run-off Chirac declined to endorse Giscard d'Estaing, and the victory went to the Socialist candidate, François Mitterand.

Although sidelined in the national political arena, Chirac retained his municipal level positions, continuing as mayor of Paris and gaining reelection to the National Assembly. In 1986, he returned to national prominence when a coalition of conservative candidates won a majority in the National Assembly. Mitterand appointed Chirac prime minister and asked him to form a government. "Cohabitation," as the arrangement between the Socialist Mitterand and the Conservative Chirac came to be called, helped establish Chirac as a national leader even as he remained mayor of Paris. Social 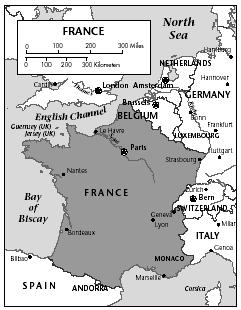 and economic reverses eroded support for his policies. Though he campaigned again for the presidency in 1988, he ultimately lost the election. Mitterand's reelection marked the end of cohabitation, and Chirac's tenure as prime minister came to an end. Chirac was reelected deputy for Corrèze in June 1988 and as mayor of Paris in March 1989. He also continued as leader of RPR. Chirac was widely credited as a key to the passage of the Maastricht treaties on the European Union in the 1992 national referendum. The 1993 Treaty of Amsterdam paved the way to a strengthened European community in social policy and employment, influencing Chirac's approach to social policy-making as president of France.

In the months preceding the first round of voting in the 1995 presidential campaign, Chirac's place as front-runner among the nine candidates was well established. Therefore, his second-place finish on 23 April 1995 with only 20.4% of votes cast was surprising. That he finished behind Lionel Jospin, the Socialist candidate, was nothing short of astonishing. In the second round of voting on 7 May 1995, Chirac emerged victorious, with 52.6% of the vote; Jospin polled 47.4% in an unexpectedly strong finish. On 5 May 2002, Chirac was reelected, with 82% of the vote, defeating Jean-Marie Le Pen with the widest margin of victory seen during the Fifth Republic.