Papadopoulos's life in politics began early. He was a member of the guerrilla group Eoka, which in the 1950s agitated against British colonial rule. He was a leader of the Akritas organization in the 1960s, whose intent was to have Turkish Cypriots removed from the island. He was one of four Greek Cypriot representatives responsible for drafting Cyprus's constitution. When Cyprus gained its independence in 1959, Papadopoulos became a minister in the new government. In his twenties, he was the youngest member of the newly formed administration. He went on to hold several different cabinet positions in that first government of independent Cyprus, serving in such capacity from 1959–1970. He was elected a member of the House of Representatives in 1970 as a candidate of the Eneao (Unified) Party (which no longer exists). He was reelected as an independent in 1976, and for six months in 1976 served as president of the House of Representatives. Papadopoulos was appointed negotiator in intercommunal Cyprus talks that took place in 1976, a position he held until 1978. He represented Cyprus at many international conferences and bodies, including the UN and the Council of Europe. He was elected to the House of Representatives once again in 1991, 1996, and 2001, as a candidate for the Democratic Party (Diko). In 2000, he was elected president of the Diko party unopposed.

Although his heritage is Greek and he is regarded as a conservative and nationalist, Papadopoulos has also been closely involved in negotiations with the Turkish segment of the population, and their representatives in government. In campaigning for the presidential election held on 16 February 2003, he called for "change" and implied he was ready to work for a settlement on the island. His election was an upset victory over Glafcos Clerides; he won 51.5% of the vote and was inaugurated on 1 March 2003. 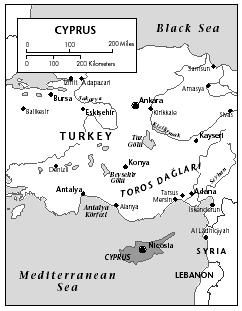