Stjepan Mesic was born in the eastern Croatian town of Orahovica on 24 December 1934. His family espoused communism, fighting against Nazi Germany and the Ustaša during World War II. He studied law at Zagreb University, 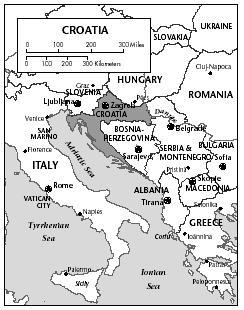 the oldest established learning institution in Croatia, where he became a prominent student leader. Mesic is married and has two daughters and two grandchildren.