As most members of Colombia's middle class families, Uribe began his career as a law student and later entered politics as a young bureaucrat. His first important political post was at the age of 22, as general secretary in the Ministry of Labor during the Alfonso López presidency (1974–78). At age 26, during the Julio César Turbay (1978–82) administration, Uribe was appointed director of the Civil Aeronautic Division. From 1986 to 1990, he served as the elected mayor of Medellín, one of Colombia's most important cities. His opponents have highlighted Uribe's tenure in Medellín because it coincided with the rise of Pablo Escobar Gaviria, the notorious Medellín drug cartel leader of the 1980s. Uribe was then elected to the Senate in 1990 in the Liberal Party 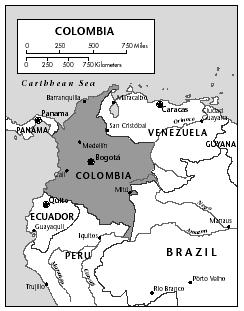 ticket at the age of 38. As a rising star of the Liberal Party, Uribe actively participated in legislative initiatives but was notoriously absent from the process that resulted in the writing of a new Constitution for Colombia in 1991. His interests were elsewhere in public service. After eight years in the Senate, Uribe was elected governor of his native Antioquia Province in 1994. He temporarily abandoned politics in 1998 to pursue an academic career at Harvard and Oxford. But he returned to Colombia and launched a campaign for the presidency in the 2002 election. Rejecting the choice of Horacio Serpa as the party candidate, Uribe resigned from the Liberal Party and became an independent. He won the presidential election, marked by a traditional low turnout, with 53.1% of the vote, easily defeating Serpa who obtained 31.8%.