After finishing his studies in hydroelectric engineering, Hu was a postgraduate and political instructor at the Water Conservancy Engineering Department at Qinghua University, participating in research and development. After he left the university, he worked for 12 years in the underdeveloped western province of Gansu as a hydroelectric engineer on the Liujia Gorge Dam project, and was in charge of building homes for farmers who had been displaced from their native villages by the construction of the dam, among other tasks. Gansu's Communist Party secretary, Song Ping, helped him become an alternate member of the party's Central Committee in 1982, the youngest such member in the country. Song once described Hu as a "walking map of Gansu," because he had visited every part of the province and knew the counties and their problems intimately.

Hu was named vice-secretary of the Communist Youth League in 1982, and named party secretary of Guizhou province by Communist Party general secretary Hu Yaobang (no relation) in 1985, which made him China's youngest party secretary. When liberal Hu Yaobang was demoted in mid-1987, Hu Jintao was criticized for not standing by his mentor: he condemned Hu Yaobang and his supporters, saying they had been contaminated by the values of Western democracy.

In 1988, he was named party secretary of the Tibet Autonomous Region; apparently his demonstrated management skills were seen as useful in the turbulent province. In February 1989, large crowds led demonstrations carrying Tibetan national flags after the death of the Panchen Lama that January. During the days leading up to 10 March, the thirtieth anniversary of the 1959 Chinese occupation of Tibet, security forces killed 70 unarmed demonstrators, and Premier Li Peng declared martial law. Many regard this action as a prelude to the introduction of martial law and crackdown on pro-democracy demonstrators in Beijing's Tiananmen Square in June 1989. Hu kept his position in Tibet until 1992, despite suffering from altitude sickness that kept him from spending long periods of time in the province.

Former Communist Party general secretary Deng Xiaoping, who referred to Hu as the most promising leader of his generation, orchestrated his placement on the seven-member Standing Committee of the Politburo in 1992. He was charged with overseeing personnel and propaganda.

In 1993, Hu became president of the Central Party School—a think tank and training center for rising party members—setting up an international relations center and starting a project with Harvard University to conduct studies on the Cold War and the parameters of Sino-U.S. relations. It taught finance, Western economics and management, and Marxist theory. The school was charged with reconciling economic liberalization, foreign investment, and privatization with the demands of state control. Hu continued to hold the job of president of the Central Party School until December 2002. 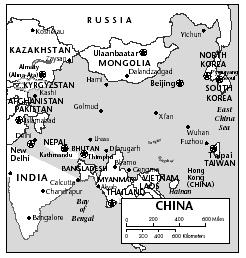 In March 1998 Hu was named China's vice president. In October 1999 he was named vice chairman of the Central Military Affairs Commissions (both the party and state commissions), and began to take part in a series of military reforms, including one that would remove the military from all business activities.

At the sixteenth Chinese Communist Party Congress held 8–14 November 2002, Hu was named general secretary of the Communist Party, replacing Jiang Zemin, and would also assume the role of president of China in March 2003.