The result of the 1993 election left Chrétien as the leader of the only party with a national following, as all other major parties were either regionally based or held too few seats to remain influential. This situation gave him a great deal of latitude to cut social spending and attack fiscal problems, such as cutting the budget deficit and reforming social security. Chrétien's success in these efforts, and the economic expansion which accompanied them, prompted him to call early elections in the hopes of solidifying his majority to enact further reforms. Chrétien took a large gamble when he called for a vote in June 1997. Constitutionally, he was not required to do so for another 18 months, but he determined that it was best to go to the polls while the Liberals remained popular. However, instead of bolstering his parliamentary strength, Chrétien barely managed to hang on to a majority, as his 58-seat majority was reduced to four. Chrétien was blamed for running a lackluster campaign and letting the agenda and tone be set by former Reform leader Preston Manning. Moreover, the regional fragmentation that was evidenced in 1993 became even greater in 1997. Not only did Reform and BQ draw from a regional base, so too did the Conservatives, who won all their seats in the East, and the Liberals, who won 101 of their 155 seats from Ontario alone.

It was up to Chrétien to enforce discipline in his party in order to ensure passage of the Liberal agenda. In early 2000, he faced an attempt to challenge his leadership by finance minister Paul Martin, author of the deficit reduction plan and quite popular in the party. However, as one supporter of the 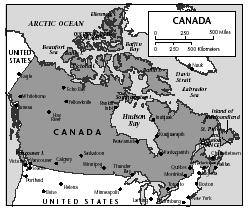 prime minister said, Chrétien is at his best when others under-estimate him.