Mathieu Kérékou first attracted public attention as the commander of a paratroop unit that played an important role in the 1967 coup that overthrew General Soglo. Although a key player and later chairman of the Revolutionary Military Council (1967–68), which was responsible for organizing the coup, Kérékou did not assume a cabinet position in the subsequent government of President Alley. However, he continued to play an important behind-the-scenes role as the most powerful military figure. In 1968, during the civilian administration of Dr. Emile Zinsou, he furthered his education in France and subsequently returned to take a more active role in government.

By 1970, the government floundered as three men bickered and jostled for power in a rotating presidency. To stop this ineptitude, Kérékou staged a coup on 27 October 1972 and threw Ahomadegbe out of power. His paratroopers from Ouidah took over the capital by symbolically toppling the gates of the presidential palace. Kérékou assumed the positions of president, prime minister, and minister of defense; detained all previous government officials; and set up a commission to investigate their corruption. He formed a government composed entirely of army officers under the age of 40.

The first part of his presidency was characterized by adherence to Marxist-Leninist ideology. Banks, schools, oil distribution centers, and the insurance sector were nationalized. On 30 November 1975, Kérékou renamed the country "People's Republic of Benin," adding a socialist twist to the great seventeenth-century Kingdom of Benin.

Beginning in the mid-1980s, Kérékou adopted a more pragmatic approach by encouraging the development of private enterprise. Yet the economy continued to suffer from mounting debts, budgetary imbalances, and border disputes with neighbors. The IMF austerity program in 1986 provoked widespread strikes by students, teachers, and civil servants over the nonpayment of salaries. The army also increased its pressure for political change.

In February 1990, Kérékou convened a national conference, which ultimately led to multiparty elections and his defeat on 25 March 1991 by Soglo. Having received only 32.4% of the vote, Kérékou asked "forgiveness from the victims of the deplorable and regrettable incidents" that took place during his 17-year reign. He stated his "deep, sincere, and irreversible desire to change." Granted full amnesty by the Soglo government, he went into retirement, conducting his social and business life late into the night at his Cotonou home.

Kérékou became politically active again after Soglo's PRB suffered a humiliating legislative defeat in the National Assembly elections on 28 March 1995. The subsequent presidential elections on 3 March 1996 pitted four major veteran politicians against each other: Mathieu Kérékou, Nicephore Soglo, Adrien Houngbédji, and Bruno Amoussou, who received 34.08%, 37.07%, 18.72% and 7.39% of the votes respectively. In the run-off elections on 18 March, Kérékou won the support of candidates Houngbédji and Amoussou, in addition to that of former 1991 presidential candidate Albert Tevoedjre. In a stunning turnaround, Kérékou defeated the incumbent President Soglo 52.49% to 47.51%. Despite initial 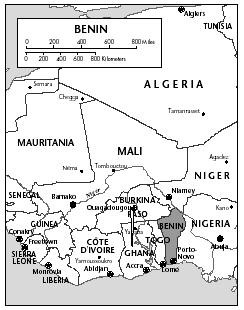 protests about foreign intervention and electoral irregularities, Soglo left the presidential palace and Kérékou made a triumphant return in an inaugural ceremony on 4 April 1996. In the ceremony, he evoked the name of God repeatedly and promised a government of national unity.

During the first round of the 2001 elections, which began with 17 candidates, allegations of fraud, including the disappearance of opposition ballots and padded voter registration lists by Kérékou followers, led to a boycott of the run-off poll by the main opposition candidates. Following the first round, the four top-ranking candidates included Mathieu Kérékou (incumbent) 45.4%, Nicephore Soglo (former president) 27.1%, Adrien Houngbédji (National Assembly speaker) 12.6%, and Bruno Amoussou (minister of state) 8.6%. Soglo and Houngbédji withdrew with a call to supporters to boycott the second round of elections, leaving Kérékou and Amoussou, who had already announced full support of Kérékou, as the second round candidates. With citizens loyal to Soglo and Houngbédji, as well as those angered by the apparent fraud of the election, staying away from the polls, Kérékou easily won the elections.

However, following the results of the 1999 elections, the majority of seats in the National Assembly belong to the PRB(27), led by Soglo, and the Democratic Renewal Party—PRD(11), led by Houngbédji.