Musa's leadership has been consistently characterized by efforts to open the political process to the broad masses of Belizean people, believing that fundamental to their participation is the freedom from economic deprivation and want. Thus, within the party he has focused on increasing democracy and on attracting new, especially younger, leaders. Within the government, he has concentrated on the liberalization of education and media and the implementation of a sustainable economic development strategy based on a partnership between government and the private sector. During his first term as minister of education, Musa initiated a series of social studies texts that made the colony's history accessible to school children for the first time and openly presented coverage of nationalism, imperialism, and racism.

During his second term, Musa implemented an open media policy in Belize, transferring the government-owned television and radio stations to a public/private corporation and granting licenses to competing broadcasters. He also moved decisively to resolve one of the most controversial policies of the previous government, the dependent link 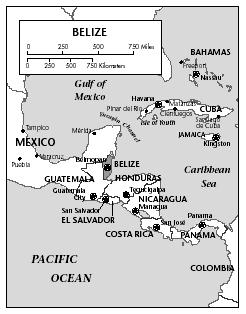 between Belize's only post-secondary institution, the University College of Belize (UCB), with the U.S. Ferris State University in Michigan. Said severed this relationship while nevertheless continuing to support UCB. In 1992, he authored the government's economic development plan, stating: "The urgent task at hand is to raise income and productivity for sustainable growth while also securing human development and social equality for all."

Upon taking office as prime minister in October 1998, Musa announced that the controversial timber licenses granted on Mayan lands in Toledo, a largely rural district in the south, would be subject to review. He also named the country's first Mayan cabinet member, Toledo representative Marcial Mes, as minister of rural development, thus signaling the importance of integrating the nation's indigenous peoples more closely into its economic development. In another effort to diversify Belize's political leadership, he named three women to high posts in the government. Newly elected Dolores Balderamos Garcia was named minister of human development, women, and youth; Sylvia Sarita Flores, a Garifuna, speaker of the House; and Betty Zabaneh, president of the Senate.

Musa's commitment to party democracy placed him on the party's left wing. His early years in politics were ones of successive internal struggles with those content with the party's tight control of education and media as well as the political process. His commitment to third-world liberation struggles, including those in Cuba and Central America, as well as his participation in the PAC, with its avowedly anti-government stance, brought anticommunist attacks from inside his party as well as from the opposition, charges which were renewed again in the 1998 election. Amiable and well-liked, however, Musa has an easy style that effectively denies the image of a left-wing ideologue. For four years, the UDP leadership repeatedly accused him of wrongdoing while in government, hiring special investigators and seeking to remove him from Parliament. Ultimately, the accusations went nowhere and, in fact, were widely regarded as a form of political victimization. In 1999, Musa made a historic visit to Cuba, reinforcing the friendly relationship of the two countries by presenting Fidel Castro with the Order of Belize, Belize's highest award for a non-Belizean.