The swearing in of the FPÖ to Austria's coalition government prompted unprecedented sanctions on Austria by the EU. The EU acted to isolate Austria, one of its own members, claiming the government was working against its own democratic principles. Schüssel responded with surprise, emphasizing that his government intended to maintain the same quota of immigrants and refugees as in previous years, which he noted was a proportionally higher number than other European 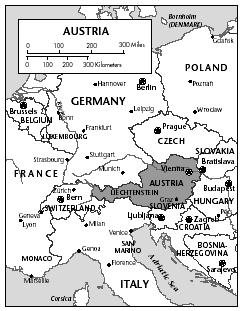 countries. Despite Haider's resignation as leader of the FPÖ on 1 May 2000, EU sanctions still stood. In June, Schüssel called for his 14 EU counterparts to propose a way of ending Austria's political isolation; the EU members responded by establishing a "wise men's" panel to evaluate whether Austria is upholding "common European values." The panel announced its recommendation to lift the sanctions in September 2000.

As antinuclear citizens staged protests in late 2000 at the Austrian-Czech border over the safety of nuclear power generation, Schüssel pressured the Czech government and enlisted the support of EU member nations to address environmental and safety concerns before starting up the Temelin nuclear power plant in the Czech Republic. In April 2001, the Czech energy agency approved the Temelin plant for operation; by November, a team of experts organized by the UN's International Atomic Energy Agency traveled to Temelin, which had been shut down several times due to malfunctions. Austrian activists urged Schüssel to veto the Czech Republic's application for EU membership unless the Temelin plant is decommissioned permanently.