Howard once boasted that he was the most conservative leader the Liberals ever had. In keeping with that image, one of his first priorities has been to embark upon reforming labor laws, with an eye toward weakening the position of labor unions and increasing the power, flexibility, and efficiency of businesses. The Liberals would outlaw compulsory union membership, abolish unfair-dismissal laws, replace union-negotiated pay awards with contracts negotiated at individual workplaces, and end the monopoly 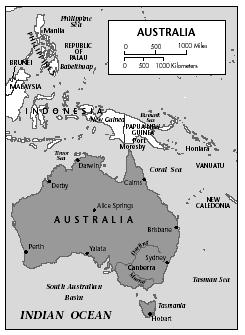 of the powerful Maritime Union on shipping. Accused of declaring war on organized labor, Howard responded by stating that while he has no intention of destroying the trade union movement, he is determined to carry out the Liberal platform, which was "clearly laid out" before the voters.

Claiming that his election represented an "emphatic mandate" to change after 13 years of Labor rule, Howard also indicated that his conservative government would take a tougher approach to people collecting unemployment benefits, ensuring that only those genuinely entitled to a benefit would receive payments.