Antigua and Barbuda - Rise to power

On his return to Antigua, Bird became involved in politics, following in the footsteps of his father—a prominent trade union leader and political figure. In 1971, Bird became chairman of the ALP. This political party was aligned with the Antigua Trades and Labour Union (ATLU) and was led by his father, then chief minister and minister of planning. Between 1971 and 1976, he was nominated senator of the Upper House and served as leader of the opposition until 1976, when he was elected to Parliament. Between 1976 and 1981, he was named deputy premier and minister of 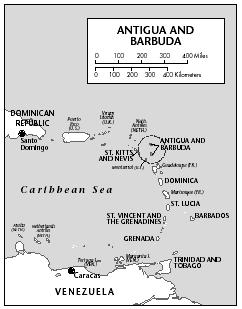 economic development, tourism, and energy. In 1980, he was reelected to Parliament with an increased majority and appointed to the post of deputy prime minister and minister of foreign affairs, economic development, tourism, and energy. He was reelected to Parliament in 1989 and served as minister of external affairs, planning, and trade. During his tenure as minister in his father's administration, Bird served as acting prime minister on several occasions.

In 1994, Vere Bird stepped down as leader of the ALP and was replaced by his son. In that same year, Lester Bird led his party to an electoral victory. He served as prime minister and minister of external affairs, planning, and services. In March 1999, Antigua and Barbuda held its fourth general election since the country gained independence. Lester Bird again led his party to electoral victory and the ALP won 12 of the 17 seats in the House of Representatives. Bird continued to serve as prime minister. In addition, as of 2002, he held the following government posts: minister of defense; minister of external affairs; minister of legislature, privatization, printing, and electoral affairs; minister of telecommunications and gambling; minister of public works, sewage, and energy; and minister of urban development and renewal. The next elections were scheduled for March 2004.