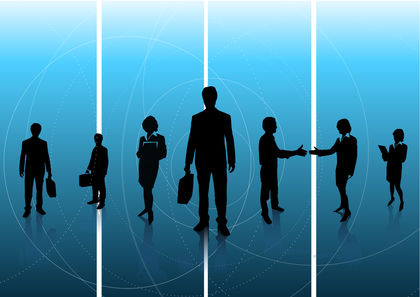 The International Labour Conference is the organization's policy-making and legislative body, in which every member state is represented. It holds one session a year at ILO headquarters in Geneva.

Each member country sends to the International Labour Conference a national delegation consisting of four delegates. Two represent the government, one represents the country's employers, and one represents the country's workers. Alternates and advisers may be sent as well. Each delegate has one independent vote. Discussing this system of tripartite representation in 1959, the Director General noted that the ILO is "the only intergovernmental agency in whose work nongovernment delegates take part on an equal footing with government representatives as a matter of constitutional right. Representatives of employers' and workers' organizations are included in its policy-making, standard-setting, and executive machinery and participate, with full voting rights, in all these aspects of its work."

The government, employers', and workers' representatives to the conference act in many respects as three separate groups, functioning somewhat as political parties function in a national legislature: the three groups meet separately for informal discussions of strategy; they hold caucuses; and, voting separately, they elect the government, the employers', and the workers' delegates to the Governing Body and to tripartite committees. If the tripartite system is to function as intended, it is essential that employers' and workers' delegates be true representatives of their respective groups. The ILO constitution provides that governments must appoint these delegates in agreement with the "most representative" organizations of employers or workers "if such organizations exist."

Members of the Governing Body are elected by the corresponding groups in the International Labour Conference, except that 10 of the government representatives are appointed by countries that do not participate in the election of the other government representatives since these 10 countries are entitled to permanent seats as "states of chief industrial importance." The 10 governments permanently represented on the Governing Body are Brazil, China, France, Germany, India, Italy, Japan, the Russian Federation, the United Kingdom, and the United States of America. The remaining government members, elected for three years by the 2002 conference were from Africa—Gabon, Libyan Arab Jamahiriya, Mali, Nigeria, South Africa, Sudan; from the Americas—Bahamas, Dominican Republic, Ecuador, Mexico, Uruguay; from Asia—Indonesia, Republic of Korea, Pakistan, Saudi Arabia; and from Europe—Bulgaria, Lithuania, Norway.

Under amendments to the ILO constitution adopted by the International Labour Conference in 1986—to become effective when ratified or accepted by two-thirds of the members, including 5 of the 10 permanent members of the Governing Body—the members of the Governing Body will be increased to 112 (56 representing governments, 28 representing employers, and 28 representing workers) and the 10 permanent seats will be eliminated. As of 2002, this amendment had not yet entered into force.

Meeting several times a year, the Governing Body coordinates and in many ways shapes the work of the organization. It draws up the agenda for each session of the International Labour Conference; while the conference is empowered to change this agenda, it rarely does. The Governing Body appoints the Director-General of the International Labour Office. It examines the proposed budget submitted to it each year by the Director-General and approves it for adoption by the conference. The Governing Body also is responsible for convening the scores of other conference and committee meetings held under ILO auspices every year in various parts of the world and decides what action ought to be taken on their resolutions and reports.

The International Labour Office in Geneva, headed by the Director-General, is the ILO's headquarters and its permanent secretariat. In April 2000, its staff consisted of about 1,900 persons from more than 110 countries in Geneva and in 40 field offices.

During World War II, when for a time Switzerland was entirely surrounded by Axis forces, the International Labour Office and a skeleton staff were temporarily moved to Montreal, where, thanks to the hospitality of the Canadian government and McGill University, the office was able to continue its more urgent work.

The International Labour Office services the sessions of the conference, the Governing Body, and the various subsidiary organs and committees. It prepares the documents for these meetings; publishes periodicals, studies, and reports; and collects and distributes information on all subjects within the ILO's competence. As directed by the conference and the Governing Body, it carries out ILO operational programs that have been decided on in various fields.

I WANT TO GET THE VARIOUS LABOUR ACTION IN SIX SECTORS OF NIGERIA ECONOMY OVER THE PAST TEN YEAR TILL DATE. THE CAUSE AND THE WORKABLE SOLUTION TO THE PROBLEM.
2
owolabi akeem f.

I AM A STUDENT OF UNIVERSITY OF ADO-EKITI (UNAD)SO IHAD ASSIGNMENT CONCERNING THIS INFORMATION PLS SHOW ME
3
owolabi akeem f.

I AM A STUDENT OF UNAD I WANT TO GET THE VARIOUS LABOUR ACTION IN SIX SECTORS OF NIGERIA ECONOMY OVER THE PAST TEN YEAR TILL DATE. THE CAUSE AND THE WORKABLE SOLUTION TO THE PROBLEM.
4
EMAD

i would like to know about the ILO evaluation of Yemen, and yemen's contribution in ILO'S budget
5
Paresh Dange

Thankx for providing important information, as i am studunt of labour studies from MILS
6
Sophia

The triparite system sound very interesting. But can you tell me what Contries like Britain, Singapore, France and Canada are doing to adapt to the globalisation impact. What lessons we in the Caribbean can learn from them?
7
Sylvia Kinyamu

Am a student at Kenya Methodist University. This info was quite helful during my revision. Keep sharing. Thanks.
8
Rajnesh Chauhan

Plz give me a full diagram structure based on the international labor organisation TOPIC.
9
pascal nzeyimana

I'm a student in National University of Rwanda in faculty of law, i would like just to know about the organization,functioning, and competence of international labour organization.
10
Elmon Dhlomo

I am an employee of a research institution. I would like information on the structure and function of ILO.
11
adnan majeed

I am a student of IRIC in cameroon,just to find out the different organs of the ILO and the activities undertook by the ILO from the year 2000 till date...