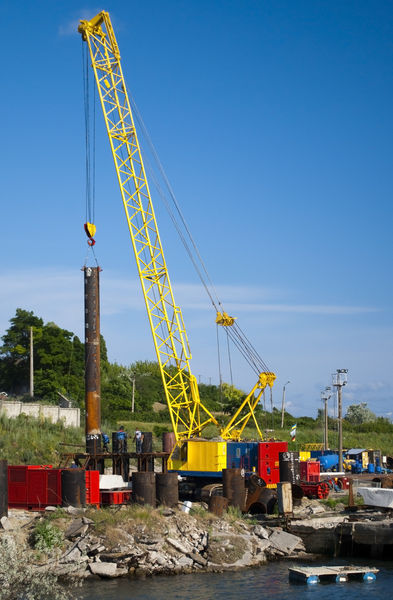 Ukraine exports products to 140 countries of the world. Its main export products are ferrous metals and metal products, engines, transport and mechanical equipment, chemicals, and vehicles. Top import items include mineral products, automobiles, transportation equipment, chemicals, and textiles. Ukraine relies heavily on trade, particularly with the other former Soviet republics, although not nearly as much as it had a 15 years ago. Inter-republic trade accounted for 73% of its total imports in 1988 and 85% of its total exports. In 1991, imports from the other republics equaled 26% of GDP and exports to them amounted to 25% of GDP. However, trade with former USSR states has since rebounded, with Ukraine taking in 59% of its imports from them and selling 33% of its exports to them in 2000.

In 1991/92, inter-republic trade contracted severely, partly due to a breakdown in payment mechanisms, and trade with other countries dropped as well. Much of Ukraine's foreign trade has been carried out in the context of intergovernmental agreements. However, the government has since stabilized its foreign trade. In 2000, total imports were valued at $14 billion, and total exports at $14.6 billion. Ukraine trades heavily with the other former Soviet republics, and since 1993 has had extensive trade ties with China.

Hey, im doing a report on Ukraine and I just want to say that this article has been alot of help(:
2
marnz

HEY just thanking you for the article it was a great help with my school report :D
3
Kurt

Hello! I would just like to informally reply to this Article! It was a lot of help on my report in school! Thank you!
4
Juliana Mei

I intend to import wheat flour from Ukraine. My company based in Jakarta Indonesia. I need information and link related my intention. Please feel free to contact me. Thank a lot.
5
Ime Inyang

I am a Nigerian wishing to do business in textiles and clothing, computers, internet equipment and vehicles(cars)
6
TD

Allote of people had a report on this. I have a test!!!
8
Viktor

Great information about export and import of Ukraine /Thanks a lot to author of this text.
9
Jack Abolhesn

I am inquiring about pre Built Homes with eco friendly materials, made in the Ukraine to be imported to the U.S.A. and the Middle East.
10
David

Very Helpful Article, Doing a report on Ukraine, been there over summer 2012 too Thx so much :)
11
vicky

wow totally what i needed for my school powerpoint :)
12
Roy

Thank you so much, this will definitely help me on my school report for Ukraine.
13
Isaac

This helped me with a project I am doing on Ukraine, thanks a lot for the information
14
bill

This article helped alot but it could get some more information about ukraine.
15
Wosczyna

this has been no help at all. I would rather go on Wikipedia than this terrible website.
16
AMAARAH

I want to thank you because this article helped me with a school project.
18
Keira

this was great help on my school report! thanks for all your help
19
Amresh

Hello, I am starting business can you provide me some Ukraine and India importers data and contact details. Best regards