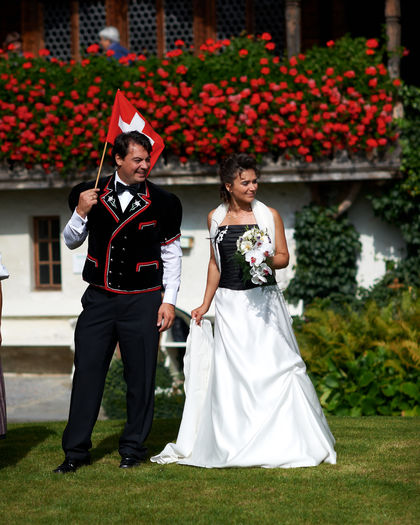 The four ethnolinguistic groups (Germanic, French, Italian, and Rhaeto-Romansh) that make up the native Swiss population have retained their specific characteristics. Originally, the country was inhabited by Celtic tribes in the west and south and by Rhaetians in the east. With the collapse of Roman rule, Germanic tribes poured in, among them the Alemanni and Burgundians. The Alemanni ultimately became the dominant group, and the present Alemannic vernacular (Schwyzertütsch, or Schweizerdeutsch) is spoken by nearly two-thirds of the total population as their principal language. As of 2002, 65% of the population was German; 18% was French; 10% was Italian; 1% was Romansh; and 6% was comprised of various other groups.

I need more information about Switzerland and it's ethnic groups, yo. Peace.