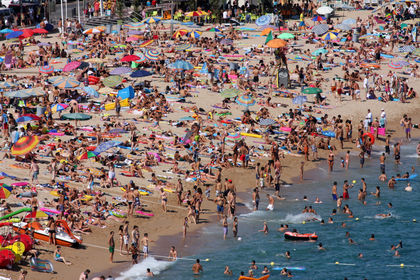 Ethnological studies reveal a homogeneous Latin stock in three-fourths of the country. The greatest contrasts are found between those of Celtic, Iberic, and Gothic antecedents in the north and those of southern lineage. The great mobility of the population toward the urban centers, the coast, and the islands has contributed to the diffusion of ethnic characteristics.

Cultural groups, but not properly distinct ethnic groups, include the Castilians of central Spain, the Asturians and the Basques of Vizcaya, Álava, Guipúzcoa, and (in part) Navarra provinces in the north, the Catalans of Catalonia, the Galicians of the far northwest, and the Andalusians of the south. The Basques, Galicians, and Catalans consider themselves separate nations within Spain; they enjoy considerable cultural, economic, and political autonomy. Estimates of the Gypsy population range from 50,000 to 450,000.

Good in depth article for soon to be validictorians. :)
3
Joshua