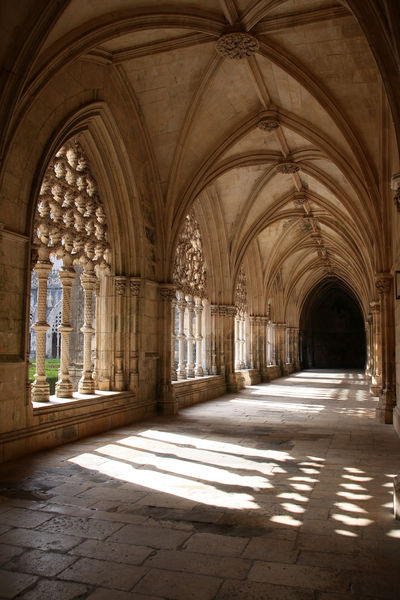 Although most Portuguese are Roman Catholic, other religions enjoy freedom of worship. In 2002, about 80% of the population aged 12 or older identified themselves as Roman Catholic; though many claimed that they are not active participants in the church. Protestants constituted about 4% of the populace; and various other groups made up about 1%. Nearly 3% claim no religious affiliation.

Christian groups include Seventh-Day Adventists, the Church of Jesus Christ of Latter-Day Saints, Orthodox Christians, and Brazilian syncretic Catholic churches. There are about 35,000 Muslims, 700 Jews, and small groups of Buddhists, Taoists, and Zoroastrians. About 7,000 people are Hindus. An estimated 100,000 people, who live mainly in the north, are nominally Roman Catholics but keep some Jewish practices; these are descendants of the Marranos, a Spanish term for those who outwardly converted to Christianity but secretly practiced Judaism after the expulsion of all professing Jews from Spain and Portugal at the end of the 15th century.

In 2001 a new law on religious freedom was passed in the National Assembly. This law extends to minority religions more of the privileges previously extended only to the Roman Catholic Church.

Thank u it was very helpfull on my project im doing about Portugal =D thannkss agenn :)
2
TugBOAt

Thanx Im doin as Project on it and it wax very helpful. Hope it was accurate so i get a good grade on the project So thanx again =0
3
M&M

i got an A on my project thank you. the information was very accurate and easy to understand
4
keaunna

I really liked this article, it teached me about how everyone's religions aren't the same. It is one of my most interesting articles I have read so far .
5
beadt

Great info. really helped me with my project on portugal
6
katie

Very helpful! I have used this site so many times for this geography project I'm doing.
8
Myriam

Thank you for the article about the religion in Portugal but I wish you could have some more information about some well know holiday or events that they celebrate over there according to their religion standards or customs ? Thank you again a hope I get a good grade on the project!:-D
9
nica smith

wow everyone talks about their project, but so am I