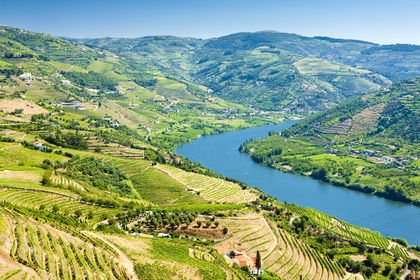 Air and water pollution are significant environmental problems especially in Portugal's urban centers. Industrial pollutants include nitrous oxide, sulfur dioxides, and carbon emissions. In 1996, industrial carbon dioxide emissions totaled 47.9 million metric tons. The nation's water supply, especially in coastal areas, is threatened by pollutants from the oil and cellulose industries. Portugal has 37 cubic kilometers of renewable water, of which 53% is used to support farming and 40% is for industrial activity. In total, the nation's cities produce an average of 2.6 million tons of solid waste. The nation's wildlife and agricultural activities are threatened by erosion and desertification of the land.

The principal environmental agencies in Portugal include the Ministry of Quality of Life and the Office of the Secretary of State for the Environment. The nation's basic environmental legislation dates from 1976. In 2001, 13 of Portugal's mammal species and 7 of its bird species were endangered, as well as 186 plant species. Endangered species in Portugal include the Spanish Lynx, rosalia, Mediterranean monk seal, and Spanish imperial eagle. The São Miguel bullfinch and three species of turtle (green sea, hawksbill, and leatherback) were endangered in the Azores. The Mediterranean monk seal and four species of turtle (green sea, hawksbill, Kemp's ridley, and leatherback) were endangered in Madeira.

this was very helpfil to my project but i hate geography :P
3
michelle

Thanks! This page was very helpfull and explained everything in my terms, i needed information for a presentation and it helped me tons!

Hope Portugal can fix these problems some day [:

this website was very hopefull with my assiment on Iberia. it contains everything i needed to know..! thanks so much and i hope other people can enjoy a very good website with everything in it for a European Assiment just as much as i loved not using tons of other websites..!
THANKS SO MUCH
Love you all ...
if you are reading this you must be very bored and get distracted easily...just like me..! He He
5
George

Thank you for the information. It was extremely helpful with my report on Lisbon, Portugal. Keep up the good work
6
Alex

Thanks ... this info will help me alot for my term paper n save me alot of time !
7
Zoe

i hope this helps in my model united nations project :/
8
Callum

This page has given me so much information for my MUN resolution. Thanks a million! :)
9
Sally

This helped for a couple of things but i am still looking, thanks for everything though!
10
Kikkelipylly

This sucks, I don't wanna start translating this into my work.
why can't you just make it easy for me, and make it in finnish >:(
11
Diana

thank you a lot. I hope this information will help me in MUN
12
Han

Thanks a lot! it helped me to finish my project!!!
13
Lebron@Lewis

It help me for my Project. It help me part of my project.
14
Keven Torres

this website had everything I needed for my project. I hope Portugal can fix all of these problems.
15
Hannnah

Thals so much, this website helped me heaps with my assissgnment for school. Hope those problems are fixed one day.