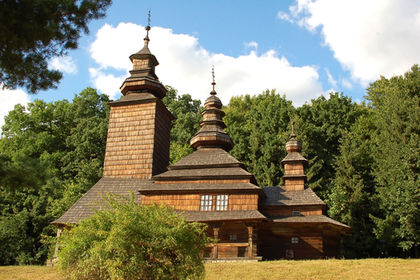 Poland has been one of the world's most strongly Roman Catholic countries. During the period of Communist domination that began in 1945, that church suffered extensive repression by the state. A change in party leadership in October 1956, however, brought about a new relationship between church and state, which included voluntary religious instruction in schools and other guarantees to the Roman Catholic Church. In 1974, the Polish government established permanent working contacts with the Holy See. The position of the Church was further enhanced when the archbishop of Cracow, Karol Cardinal Wojtyla, became Pope John Paul II in 1978. Three visits by the pope to Poland, 2– 10 June 1979, 16–23 June 1983, and 8–14 June 1987, testified to the strength of Polish Catholicism. In 1989, the church was finally granted legal status and control of its schools, hospitals, and its university in Lublin.

It is estimated that over 96% of Poles are nominally Roman Catholics. However, a 2001 poll indicates that only 58% of the entire population are active practitioners of their chosen faith. About 509,500 people are registered members of the Orthodox Church, 123,000 are Greek Catholics, 122,757 are Jehovah's Witnesses, and 87,300 are Lutherans (Augsburg). Other established Christian denominations include Old Catholic Mariavits, Polish-Catholics, Pentecostals, Seventh-Day Adventists, Baptists, Methodists, the Church of Christ, Reformed Lutherans, 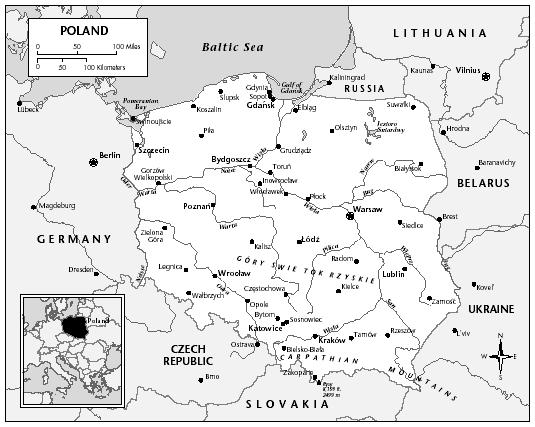 and the New Apostolic Church. The Muslim Religious Union has about 5,123 members. About 5,043 people are Hare Krishnas.

On the eve of World War II, an estimated 3,351,000 Jews lived in Poland, more than in any other country; they constituted about 10% of the Polish population and nearly 20% of world Jewry. During the course of the Nazi occupation (1939–45), nearly 3,000,000 Polish Jews were killed, many of them in extermination camps such as Auschwitz (Os ´wiecim), near Cracow. Most of the survivors had fled to the USSR; at the end of the war, only about 55,000 Jews remained in Poland. Repatriation raised the total Jewish population to 250,000 in 1946. However, the establishment of the State of Israel in 1948, combined with a series of anti-Semitic outbreaks in Poland (including a government-led campaign in 1968–69), induced most Jews to emigrate. By 1998, Poland had only about 10,000 to 30,000 Jews living in the country.

THIS IS A REALLY GOOD WEBSITE. I AM ONLY 10 YRS OLD AND I FIND IT EASY TO READ
GREAT JOB.
2
Sydney

I am part Polish, and I wanted to learn about my religion. You guys did an awsome job with wording this cite so easily! SO-LONG!
3
Caitlyn

This is awsome i am doing a report on Polish immigrants and this site helps out a lot thanks !!
4
Caroline

I am 11 and I learned more than I needed! I am totally adding this to my favorite list!
5
Nick

Thanks Guys for putting this site. Im a sunday school teacher and it helps me a lot for my studies about Poland nation coz its my assigned country to introduce to my students how there culture, people and religion...
7
Austin

I am 11 and I need to do a report on polish religion and this was perfect for this project. Thanks for the perfectly worded site!
8
Jessica

This was a great site it helped me so much that it's saved in my favorites.
9
Zoe

This site is awesome! it helped me sooo much on my Social Studies report! This site is gonna be bookmarked!
10
Ashley

this site is very informational. people around the world could really use this to find religions and common things celebrated in different parts of the world. outstanding job.!!!
11
Ian

Hey I have to do a power point on poland and we can only use graphs. Si if you could use more percents that be nice.All in all thanks 8)
12
Patryk2nd

This is an awesome website. It is a very long website about polish religion and i am from poland. I will use the information on a poster that I will make for my class. Thanks alot for giving me information.
13
Melissa

wow, im doing a report about Poland in Social Studies and this cite really helped me find some information that i need for the religion!Im only 11 years old but i found it really easy to read and understand. thanks so much!!! :)
14
jacy

this site was an excellent resource. it contained all the informathion i needed for my project. thank you.
15
??

cool im doing a report on Poland and im only 10 and this is a great site! cause i totally understand it! Other sites im to young to even understand it!
16
Lillyan

iHave To Do An Essay On Poland Relgion Haven't Statred Just Yet But This Site Alreadyy Looks Very Helpful :D
17
spencerocks

At my school we do this thing called cultural voyage.it STINKS.I got stuck with polish church and life.But this place helps a ton.THANKS!
18
poland

it is the best
During the course of the Nazi occupation (1939â€“45), nearly 3,000,000 Polish Jews were killed, many of them in extermination camps such as Auschwitz (Os Â´wiecim), near Cracow. Most of the survivors had fled to the USSR; at the end of the war, only about 55,000 Jews remained in Poland.