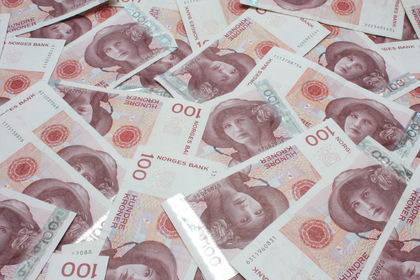 Both the central government and the municipal governments levy income and capital taxes. There is also a premium payable to the National Insurance Scheme. For individual taxpayers, income taxes and premiums adhere to the pay-as-you-earn system.

Taxes on corporations are paid in the year following the income year. Corporate income taxes are levied at a flat rate of 28% (a combination of 21.25% national tax, and 6.75% municipal tax). Also, employers contribute up to 16.7% of paid wages to the Social Security Scheme. Companies involved in oil or gas pay a special oil tax of 50% in addition to the standard 28%. All income from capital is taxable at 28%, except dividends, which are taxed at 11%.

Central government personal income taxes are levied at progressive tax rates, which differ for single taxpayers (class one), those with one or more dependents (class two), and for nonresidents (class zero). In 2002, individuals in Class one and Class zero were liable for a municipal tax of 28% on the increment of income above 28,800 Kroner (about $4,000); for Class two taxpayers, the threshold for the 28% tax was twice that amount (57,600 Kroner). The national income tax schedule in 2002 had three brackets. For individuals these were 0% up to 289,000 Kroner (about $40,000); 13.5% on the next increment of income up to 793,000 Kroner (about $109,3000); and 19.5% on the increment of income above this level. The only difference for Class two taxpayers, with dependents, was an increased tax-free base of 342,200 Kroner ($47,160). A number of additional deductions from taxable income are available including allowance for some travel expenses, insurance payments, mortgage interest payments, living allowances, and deductions for contributions to capital investments. A withholding tax on wages can be credited against income taxes. There is also a municipal wealth tax, ranging from 0% to 1.1% and a land tax with rates from 0.2% to0.7%. Gifts and inheritances are taxed according to progressive schedules with a maximum rate of 30%. The premium for the National Insurance Scheme is 7.8% of assessed income for wage earners, 3% for pensioners, and 10.7% for the self-employed.

The main indirect tax is Norway's value-added tax (VAT), with a standard rate that has increased from 20% in 1999 to 24% in 2003. A reduced rate of 12% is applied to basic foodstuffs, and there is an extensive list of VAT-exempt goods and services, including health and social services, education, passenger transport, hotel accommodations, travel agents, government supplies, etc. Stamp duties are charged at a rate of2.5%.