Complete religious liberty is provided for by the constitution, and a tradition of tolerance is well established. As of 2002, an estimated 30% were nominally Roman Catholics; 15% were Dutch Reformed; 7% were Calvinist Reformist; 8% were non-Christian (Muslim, Hindu, Jewish, or Buddhist); and some 40% were atheist or agnostic.

Dutch society is becoming increasingly secular. According to the government's Social Cultural Planning Bureau, church membership has steadily declined from 76% in 1958 to 41% in 1995 and continues to decrease. Only about 26% of all members are active in their religious community. The Dutch Reformed Church, whose membership has declined by more than 50% since 1900, is the largest Protestant denomination and is strongest in Drenthe Province, in neighboring Groningen Province, and in Overijssel. Other reformed churches are particularly strong in Friesland and Zeeland. Roman Catholicism is widespread in North Brabant and Limburg. Other Christian denominations include Baptist, Lutheran, and Remonstrant. The Jewish community has about 20,000 members. The Muslim community has about 750,000 members, or about 4.5% of the total population. However, many of them are migrant workers from Morocco and Turkey or immigrants from other countries such as Iraq, Somalia, and Bosnia. There are about 90,000 Hindus, primarily from Suriname. About 17,000 people are Buddhist. 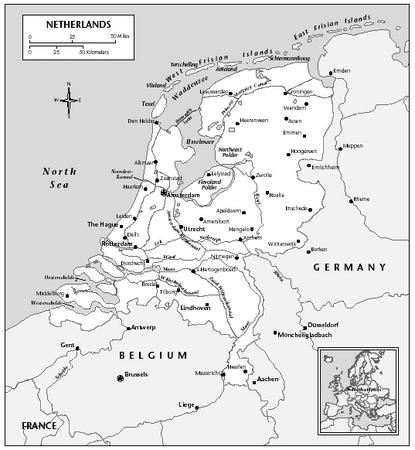 Hi my name is Shannay Harley im 14 years of age and im doing a project on the Netherlands religions at school for soseiety and environment oh and i go to newtoon moore senior high school and i really need this info so please consider me thanks a million i ow you one!
2
Turrel

this was a very helpful article for school, I hope to get a good grade with this information ðŸ˜„