In 1993, following independence, Moldova undertook a massive privatization program. By January 2003, 80% of all housing units were in private hands, as were nearly all small, medium, and large businesses. Agriculture was privatized ending in 2000 through a US-sponsored program called "Pamint" (land). 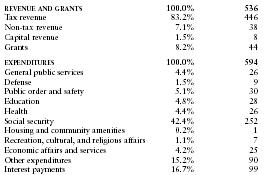