Although 26 parties or coalitions of parties participated in the February 1994 elections, only four received more than the 4% of the national vote required to gain seats.

The Agrarian Party had been the largest political group in the parliament with a plurality of 46 seats, following the departure of 10 deputies in 1995. They left to join a new party, the Party of Renewal and Conciliation, headed by then-president Mircea 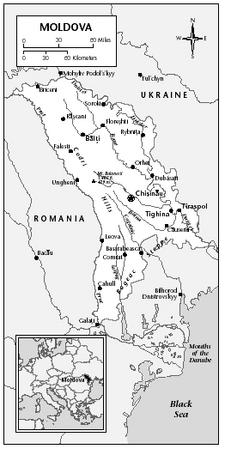 Snegur. The Socialist-Edenstro bloc had 26 seats, while the pro-Romanian parties, the Popular Front and the Peasants and Intellectuals bloc, had 11 and 9 seats, respectively.

Although the Party of Moldovan Communists won the single largest number of parliamentary seats (40) in the elections held on 22 March 1998, they had insufficient support to form a governing coalition and thus remained an opposition party, while the governing coalition consisted of the Democratic Convention of Moldova (26 seats), the Bloc for a Democratic and Prosperous Moldova (24), and the Party of Democratic Forces (11).

Twelve political parties or blocs participated in the parliamentary elections held on 25 February 2001. Three of them gained seats in parliament: the Communist Party, 71; the centrist Braghis Alliance (led by Dumitru Braghis) of the Social-Democratic Alliance of Moldova, 19; and the conservative Christian Democratic People's Party, 11.