There are two major political parties, the Nationalist Party (NP) and the Malta Labor Party (MLP), which have alternated in political power. The Nationalist Party was returned to government in 1987 after 16 years of Labor Party rule, and won reelection in February 1992 with a three-seat majority (34 to 31) in parliament. The MLP regained control in October 1996 but lost it again following early elections held in September 1998, which the NP won by a five-seat margin. Elections held in April 2003 returned the NP to power; it took 35 seats in the House of Representatives to the MLP's 30.

After the elections of 1996, MLP leader Alfred Sant became prime minister after a narrow upset victory (official results gave the MLP 50.72% of the vote). The MLP campaigned for Maltese neutrality by pledging to stop efforts to join the EU, to end Malta's associate membership with NATO, and to seek closer ties with Libya. Following the NP victory in the 1998 election, party leader Eddie Fenech Adami was returned to the post of prime minister and took steps to reactivate Malta's application for EU membership. When voters approved EU membership in a March 2003 referendum, Fenech Adami looked upon the April 2003 NP win as a confirmation of Malta's desire to join the EU. 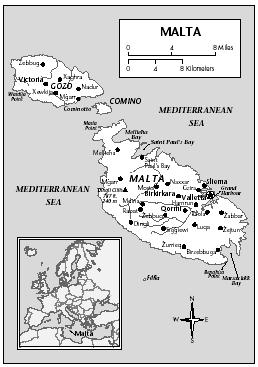