The budget of the Luxembourg government is presented to the Chamber of Deputies late in each calendar year and becomes effective the following year. Government finances are generally strong, and budgets are usually in surplusS 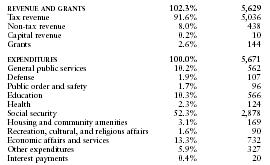