The territory now occupied by the Principality of Liechtenstein first acquired a political identity with the formation of the subcountry of Lower Rhaetia after the death of Charlemagne in 814. The County of Vaduz was formally established in 1342 and became a direct dependency of the Holy Roman Empire in 1396. The area (to which, in 1434, was added the Lordship of Schellenberg, in the north) was ruled in turn by various families, such as the counts of Montfort, von Brandis, van Sulz, and von Hohenems.

During the Thirty Years' War (1618–48), the area was invaded first by Austrian troops and then, in 1647, by the Swedes. After the von Hohenems line encountered financial difficulty, Prince Johann Adam of Liechtenstein purchased from them first Schellenberg (1699) and then Vaduz (1712). The Liechtenstein family thus added to its vast holdings in Austria and adjoining territories.

The Principality of Liechtenstein as such was created on 23 January 1719 by act of Holy Roman Emperor Charles VI, who made it a direct fief of the crown and confirmed the rule of Prince Anton-Florian, Johann Adam's successor, under the title of Prince von und zu Liechtenstein.

With Prussia's victory over Austria in the Seven Weeks' War(1866), the Confederation was dissolved and the constitutional ties of Liechtenstein to other German states came to an end. In the war, Liechtenstein had furnished Austria-Hungary with 80 soldiers; two years later, the principality disbanded its military force for all time.

From 1852, when the first treaty establishing a customs union was signed, until the end of World War I, Liechtenstein was closely tied economically to Austria. After the war, the collapse of the Austrian currency and economy inclined the principality to seek economic partnership with its other neighbor, Switzerland. A treaty concluded with Switzerland in 1923 provided for a customs union and the use of Swiss currency.

Nazi sympathizers in Liechtenstein who had supported incorporation of the principality into Hitler's Third Reich were prosecuted and sentenced. The postwar decades have been marked by political stability and outstanding economic growth.

Prince Franz Josef II, who succeeded his granduncle, Franz I, in 1938, was the first reigning monarch actually to reside in Liechtenstein. On 26 August 1984, Franz Josef II handed over executive authority to his eldest son and heir, Crown Prince Hans-Adam. Hans-Adam II has been ruling prince since 13 November 1989, after Franz Josef II died.

Liechtenstein has sought further integration into the world community. The country was admitted to the UN in September 1991. In Europe, Liechtenstein joined EFTA in 1991 and became a member of the European Economic Area (EEA) in 1995.

Disagreements between Prince Hans-Adam II and parliament arose in the latter half of 1999. In September, the prince's assertion that he had the right to dissolve the government at his discretion raised tensions to the point where Hans-Adam threatened to go into exile in Austria. In October, the European Court of Human Rights ruled on a complaint filed by Dr. Herbert Wille, a senior judge whom the prince had refused to re-appoint because of Wille's assertion that the country's Supreme Court rather than its monarch should be the ultimate authority on constitutional issues. The court ruled that in depriving Wille of his judicial position because of his political views, the prince had violated the judge's freedom of speech. Wille was awarded 10,000 Swiss francs in compensation as well as payment of his legal costs.

Sixty-four percent of Liechtenstein's voters approved a new constitution for Liechtenstein in a referendum held in March 2003; Hans-Adam II will be granted near-absolute powers. Turnout was large, with 14,800 of Liechtenstein's 17,000 electorate casting votes. The prince now has the right to dissolve government, control a committee appointing judges, and has veto power over legislation. The constitution also gives the people the power to call a referendum and abolish the monarchy. As a result of the changes, which many observers deemed undemocratic, Prince Hans-Adam II rescinded his pledge to leave the country. He also stated he would begin to confer power on his son and heir apparent, Alois.

However, in 2000 Liechtenstein ranked among the top 15 countries named by an international task force investigating 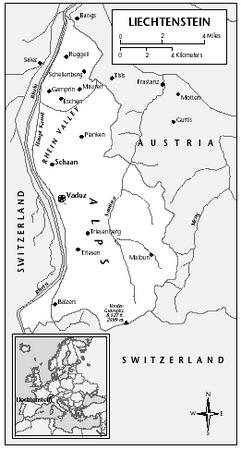