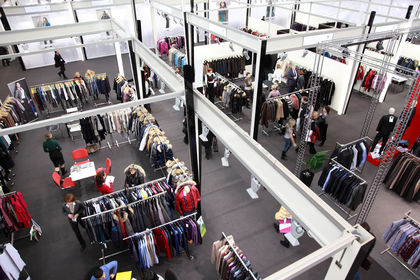 Industrial products, textiles and apparel, and foodstuffs are Italy's most important exports. Fuels, meat, grain products, and various raw materials are among the major imports. Trade deficits were substantial between the end of World War II and 1955, but between 1956 and 1968 the deficit gradually declined, and Italy's trade balance continued in relative equilibrium through 1972. Then, as prices of crude oil and other raw-material imports rose, Italy again began registering growing trade deficits. In 1993, however, a large surplus was recorded because of an export boom that followed the devaluation of the lira in September 1992, and Italy has been in a situation of surplus ever since.

The bulk of manufactured imports come from EU countries and the US, which are also the leading customers for Italian exports. The big commodity exports from Italy include industrial and automobile machinery and parts (38.4%), furniture (3.6%), and shoes (2.6%). The top ten exports are as follows:

In 2000 Italy's imports were distributed among the following categories:

I love the country, Italy. I would love to visit there someday.
2
shawnie

thanks helped with school work ALLOT! THANKS allot