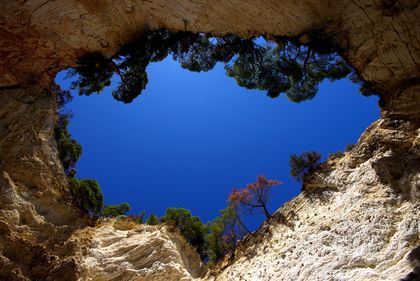 Italy has been slow to confront its environmental problems. Central government agencies concerned with the environment are the Ministry for Ecology (established in 1983), the Ministry of Culture and Environmental Quality, the National Council for Research, and the Ministry for Coordination of Scientific and Technological Research. Localities also have responsibility for environmental protection, but most of the burden of planning and enforcement falls on regional authorities. The principal antipollution statute is Law No. 319 of 1976 (the Merli Law), which controls the disposal of organic and chemical wastes; enforcement, however, has proved difficult. Air pollution is a significant problem in Italy. United Nations sources estimate that carbon monoxide emissions increased by 12% in the period between 1985 and 1989. In the 1990s Italy had the world's tenth highest level of industrial carbon dioxide emissions, which totaled 407.7 million metric tons per year, a per capita level of7.03 metric tons. Water pollution is another important environmental issue in Italy. The nation's rivers and coasts have been polluted by industrial and agricultural contaminants and its lakes contaminated by acid rain. In 2001 the nation had 160 cu km of renewable water resources with 53% used in farming activity and 33% used for industrial purposes. Facilities for the treatment and disposal of industrial wastes are inadequate. Italy's cities have produce 19.1 million tons of solid waste per year. In July 1976, the city of Seveso, north of Milan (Milano), gained international attention after an explosion at a small Swiss-owned chemical plant released a cloud of debris contaminated by a toxic by-product, dioxin. More than 1,000 residents were evacuated, and pregnant women were advised to have abortions.

The long-term threat posed by flooding, pollution, erosion, and sinkage to the island city of Venice was highlighted by a disastrous flood in November 1966, which damaged priceless art treasures and manuscripts in Florence (Firenze). The digging of artesian wells in the nearby mainland cities of Mestre and Marghera so lowered the water table that the Venetian islands sank at many times the normal annual rate of 4 mm (0.16 in) a year between 1900 and 1975; with the wells capped as a protective measure, Venice's normal sinkage rate was restored. As of the mid-1980s, however, little effort had been made to control the number and speed of powerboats on the Grand Canal (the churning of whose waters causes buildings to erode), nor had the national government begun to implement a master plan for Venice approved in principle three years earlier. Rome has implemented a project designed, in part, to protect the Roman Forum and other ancient monuments from the vibration and pollution of motor vehicles.

Of Italy's mammal species, 10 are endangered, as well as 7 bird species and 202 plant species. Endangered species include the Italian gray partridge, Italian spadefoot toad, and the scarce large blue and false ringlet butterflies. The Sardinian pika and Spengler's freshwater mussel are extinct.

this is a very sad article. i really liked how there were alot of info what was happening in italy.
2
Jessica M Strobel

This article is very helpful, it gave me a lot of ideas on what to write about Italy's enviroment
3
jack

this is very helpful for my website jokes its helpfull for my project thanks alot. project for uni lol
4
Miriam

I love this, I got a lot of information.I just want to thank you
6
Lindi

Oh, thank you so very much! I can't tell you how much this article has helped me on my project for Geography.
7
john

this was great for the section of my Italy project about environment, thanks!
8
me_001

thank you! very helpful and informative!:) Was great for my project and gave me good ideas about what to write.
9
Param

For whomever wrote this article, I would like to say thank, it was a big help in my project
10
Ecinue

I think this article was great!!! Great for my italy project!!! Thanks a bunch to the person who wrote this!!! :D
11
Diana

Thank you so much! As everyone have mentioned, it has a very useful info! Good luck!
12
neyla

wow!!! this info is really helpful, thanks, i need to use it for secondry skl project of mine
13
Ty

This article was of great help :) Thanks alot! My research is complete now =)
14
Alex

Wow, this article seems to have helped multiple people with their geography projects, including my own. The information shown has been very useful and reliable, thanks!
15
Olivia

This helped me wright my report alot! Thanks so much!
16
Emily

That's the damage homosapiens are doing to the habitats around us, and it's highly depressing. When will we get our acts together?
17
kaleigh

This was very helpful for my geography project,on the environment problems and i was wondering if any of y'all would have any other websites to go to for any other articles on air pollution in italy?thanks alott!(:
18
Daniel

Hi, right now I am investigating people's opinion of green issue and environmental protection in Italy. I think your webpages might help me to fullfil this school task. Thank you
19
chelsea

It had everyhting i needed and wanted for my project. THANKS SO MUCH :)
22
lily

Great info but sad. gotta A on my project thanks so much.:)
24
phil

thanks to you i can write my essay on the effects of tourism in Italy ... you are a saviour to me. All three topics you discussed are the three main points of my essay :) thank you
25
shubham

This article really help me to write about Italy's pollution. thank you..
27
pewpewpew

Thanks so much, this has helped me on my essay in science so much
28
CHEEESEEEEE

This is so sad. And this helped me in my social studies project too! But seriously this happens all around the world and its a huge issue happening and yet people still dont quite understand and look what they cause! Its bad.
29
Mystery

Actually it turnes out, to the look of the charts its getting better, Yah Go Italy :)
30
Emmy

This helped so much for my project! My thanks to whoever wrote this.
32
Norma

This very very helpful for me as well. Lol, also working on a project for school. Have to write a 6 page paper so thank you this was a very useful source.
33
Jack

This article was very helpful I just wanted to thank this website!
34
matthew

this helps me a lot thanks Encyclopedia of environment
35
yoyo

hi i need some info for a project of mine. how did people in Italy change the environment.
37
emily

This was really helpful, I never knew there was so much pollution!
38
Anthony DiPippo

Thank you for the helpful info. It really helped me on my project. P.S. I'm going to Italy soon!
39
v weller

is putting poison down drains to kill cockroaches harmful to fish? on holiday I heard this and am curious
40
alejandra

I loved all the information. really helped me with my report.
43
jordan barron

i liked this article a lot , it helped me with my project.