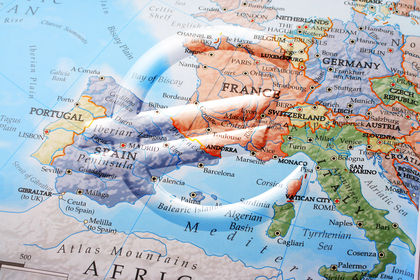 Italy's membership in the European Union has greatly influenced its tariff structure. Duties on imports from then-European Community members and their dependencies were gradually reduced following the Rome Pact in 1957 and disappeared by 1969, more than a year ahead of schedule. Duties on goods from Greece, which entered the European Community in 1981, were reduced gradually and eliminated by 1986. Italy's adjustment of its tariff structure to that of the now-European Union also has resulted in a substantial reduction of duties on products imported from areas other than the European Union, including the United States.

Import duties on manufactured goods from non-EU countries range from 5% to 8%, while raw materials enter mostly duty-free. Other import taxes include a value-added tax (VAT) that ranges from 0–20% depending on the product and excise taxes on alcoholic beverages, tobacco, sugar and petroleum products.

we are interesting to have full information about the Italian customs duty rules for import-export goods from new company intend to be opened in ITALY , in the field of automotive spare parts
2
GC Barman

Dear Sir,
Would like to know the import duty, tax, vat and other charges in Italy.

I want to buy Turkish tiles and import them into Italy. What would be the import tax levied?

I am interested to know the percentage of Custom duty charged on Automotive sector and Textile Sector in ITALY.
6
abolfazl

i like to know about italian custom tax for cast iron parts.please guide me.
thanks
7
Carol

I need to know the VAT tax in Italy on artwork valued at $100 being sent from an exhibit in Florence, Italy. I have to prepay the tax myself to the exhibitor. Thanks

I would like to know if you get duty or taxed for online purchases such as clothing from The United States of America?

i want to import into Italy from India yarn 1/18Nm Polyester/Flax 50/50 . Please let me know how much duty will have to be paid and also the CN code of this item to be mentioned on the invoice.
11
Ed Morris

My company purchased a company that manufacturers plastic housewares products in Italy, my question is, is there a duty for these products when shipped to the US for resale?
12
James Cline

Hi I am buying a quartz stainless steel Patek Philippe ladies watch from Italy- approximately what would I have to pay in duties and taxes? Thank you