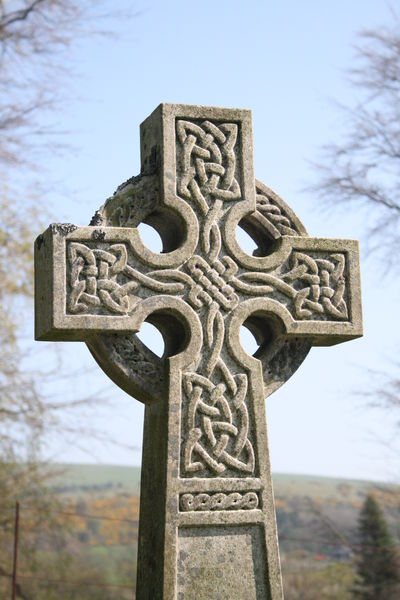 According to the most recent estimates (1998), about 92% of the population is nominally Roman Catholic. However, Church officials report that only about half of these members are active practitioners. The next largest organization is the Church of Ireland, with a membership of about 3% of the population. About 0.4% of the population are Presbyterian, 0.1% are Methodist, and less than 0.1% are Jewish. There are small communities of Muslims and Jehovah's Witnesses. For ecclesiastical purposes, the Republic of Ireland and Northern Ireland (UK) constitute a single entity. Both Roman Catholics and Episcopalian churches have administrative seats at Armagh in Northern Ireland. The Presbyterian Church has its headquarters in Belfast.

I think this is a reallygood website,because I am doing a report on Ireland, and it has been a lot of help!
2
laurel

this web site was very helpfull i am doing a report on Ireland so this site help me out alot.
3
opal

this website is very useful, helpful and easy to understand. thanks!
4
bob

Dis website is of da hook. Na seriously this is a great website because I'm doinga project on Ireland.
5
Beth

This has been a really helpful web site it is so awsome i love ireland and so should the world.
6
hailey

i am doing a report on ireland so thank you this helped a lot!
8
salad

I am interested in knowing if there Kardecists Centres in Ireland, specifically Dublin.
(note Kardecism founded by Allan Kardec in France), not religions Spiritualists.
11
dante

i love these websites where everything is here,its so hard to lokk through pages and pages of junk when you do a google search:)
13
4-H girl

This website has been so helpful! I'm doing a 4-H project on Ireland and Its culture, and this has been a great help. Thank you!
14
maegan

This is really helpful thanks for helping.Ireland has been a awesome place to go. I am glad we have Ireland.
15
Sophie

I'm doing a report about Ireland and this website has beem really helpful!
16
kimberly

This is a good website. Im doing a report for school and this website is helping a lot :)
19
alena

Yeah this helps, but is it the most recent up to date?
Using it for my Geography homework ;)
21
madison

this website is very helpful because i am doing a report on Ireland.
22
Madison J.

This helps me a lot I am doing Culture Fair at school and needed this information. Thanks.
23
John

IM LOVIN' IT! THIS WEBSITE IS AWESOME. RECOMMEND THIS TO EVERYONE
25
briitney

This is a good website that helped me do a report.
27
pizza

this is great i am doing an assinment on europe

in my social studies class
28
thejazzyfuzz

Super helpful! I'm doing a report on the religions of Ireland for my school and this helped me a lot!