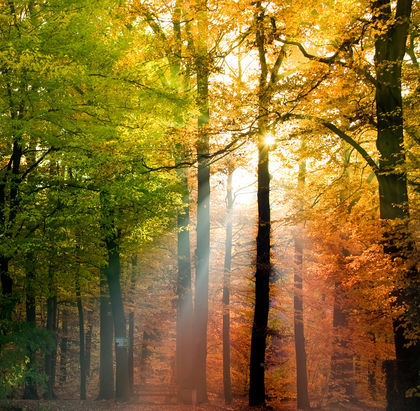 Industrialization has taken its toll on Germany's environment, including that of the former GDR, which, according to a 1985 UNESCO report, had the worst air, water, and ground pollution in Europe. Since 1976, the Petrol Lead Concentration Act has limited the lead content of gasoline; for control of other automotive pollutants, the government looked toward stricter enforcement of existing laws and to technological improvements in engine design. The Federal Emission Protection Act of 1974, based on the "polluter pays" principle, established emissions standards for industry, agriculture and forestry operations, and public utilities. Nevertheless, by 1994, 50% of Germany's forests had been damaged by acid rain.

Germany has 107 cu km of renewable water resources, of which 86% are used for industrial purposes. Water pollution is evident in virtually every major river of the FRG, and the Baltic Sea is heavily polluted by industrial wastes and raw sewage from the rivers of eastern Germany. In the 1980s, the Rhine, from which some 10 million Germans and Dutch draw their drinking water, was 20 times as polluted as in 1949. Between November 1986 and January 1987 alone, 30 tons of mercury, 900 lb of pesticides, 540 tons of nitrogen fertilizers, and 10 tons of benzene compound were discharged into the river. The Effluency Levies Act, effective January 1978, requires anyone who discharges effluents into waterways to pay a fee reckoned in accordance with the quantity and severity of the pollutant; the proceeds of this act are allocated for the building of water treatment plants and for research on water treatment technology and reduced-effluent production techniques.

Significant sources of air pollution include emissions from coal-burning utility plants and exhaust emissions from vehicles using leaded fuels. In 1996 industrial carbon dioxide emissions totaled 861 million metric tons. Germany produces about 21.5 million tons of solid wastes and 15,659 tons of hazardous waste materials per year. The nation has set maximum levels for biocides in the soil, to protect food supplies. Under the nation's basic waste disposal law of 1972, some 50,000 unauthorized dump sites have been closed down and 5,000 regulated sites established; provisions governing toxic wastes were added in1976. Germany's principal environmental agency is the Ministry of Environment, Nature Conservation and Reactor Safety, created in June 1986.

this was really helpful. i have to do this dumb geography project for school and it really helped. expecially with all the environmental problems... thank you
2
marie

hey, i'm in the same situation as haley: a geogrphy project about environment. this can be sooo useful. thanx, /MARIE
3
Rubisel and Marissa

we have a crap project just like the rest of the previous user contributions...we just want to thank you soooooo much!! it really made this easier for the both of us!!
Rubisel and Marissa
4
Jazz

It seems that this article has saved many student butts (including myself) in our geography/social studies projects/essays. So I on behalf of the rest of the student population thank you.
5
Nina

Yeaaa like Jazz and other peeps said i also needed this for World Studies Class! Wow this is soo helpful for everyone.Thankkks alot!
6
Trae Perry

Hey, thanks. I have this Country Profile and I'm doing a profile on Germany, this was really helpful!!!
7
schoolboy

im making a geography project about germany`s environment and this was extremely helpful!!
8
Me!

I really needed this! Thank you! I'm in the same situation as every one else. I'm working on a project.
9
rasco

thx so much it was very helpful I had this report I had to do for a world class :)
11
ankit pal

this is very interesting. i think this helps me in so many ways. this helps the soul
13
Courtney

Thanks(: it was helpful for this health essay i have to write, although it would be super helpful if you had named unhealthy habits the people in Germany inherit due to these problems!
14
isadore

this was so helpful. i needed info. about Germany's enviroment... now i wont get an F. YAY!
15
jason

Thank you so much!!! i am forced to research the culture, the environment, the economics and lifestyle of germany for a P. E. final. That's right I have a final inP. E.
16
Annabel

This is interesting stuff. It also helped me to find the right information for my thesis paper. Thanks!
18
Student

Thank you for this!I also needed this for a project like everyone else.
19
The Other Student

Thank you for this!I also needed this for a project like everyone else.
20
jeffery

This actually helped me! I could not find other websites like this.
This project I am doing right now is really important and I did not know any of this stuff!
22
Guy person

This was helpful! I used it for a geography project.
23
poofoo

I really do think this helped. It's nice and short and gets tot he point quickly. Thank you.
26
fareeha

thankksss! like some of the peeps in the beginning i needed it for a geography project
27
mooooooooo

this was helpful in spots i like :) :( and can you add more about How do people use the land and Human-Environment Interaction.