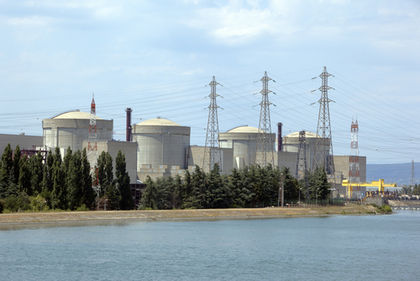 During the 1950s France became increasingly dependent on outside sources for petroleum. Although petroleum and natural gas continued to be produced in France itself (as they are today), the nation came to rely almost entirely on imports from oil fields of the Middle East, putting a heavy strain on the country's foreign exchange reserves. Discoveries of large supplies of natural gas and petroleum in the Sahara Desert changed the outlook radically; in 1967 France was able to meet almost half its fuel needs from countries within the franc zone. Petroleum production from the Saharan fields rose spectacularly from 8.7 million tons in 1960 to 53 million tons in 1970. Although France lost title to the Saharan deposits after Algerian independence, arrangements were made with the Algerian government to keep up the flow of oil to France.

Developments in the 1970s exposed the limitations of this strategy. Algeria took controlling interest in French oil company subsidiaries in 1971. The oil shocks of the mid- and late 1970s drove France's fuel and energy imports up; in 1975, fuel imports accounted for 22.9% of all imports. In response, France began an energy conservation program, but oil consumption continued to increase between 1973 and 1980, when fuel imports made up 26.6% of total imports. As of 2001, oil consumption was 2 million barrels per day, of which 1.9 million were imported. In the same year, France's oil reserves were estimated at 240 million barrels. Mergers involving France's top oil companies in 1999 and 2000 created the fourth-largest oil company in the world, TotalFinaElf.

The burden of fossil fuel alternatives falls mainly, but not entirely, on nuclear power. France has become the world's leading producer of nuclear power per capita, with the world's second-greatest nuclear power capacity (exceeded only by the United States). Like other forms of power production and distribution, atomic energy is controlled by the state. In the late 1990s, nuclear power was still a subject of heated national debate as public opinion turned against the former goal of 100% nuclear-powered energy. France is Europe's second-largest power market, exceeded only by Germany. In 2001, total installed power capacity was 111.3 million kW. Most major generating plants are administered by Électricité de France, the state-owned power authority, which produces and distributes over 95% of the country's electricity. Of the total power production of 511.1 billion kWh in 2000, over 77% came from France's 57 nuclear plants, about 13% from hydroelectric power, and under 10% from fossil fuels.

A tidal power plant has been in operation at Rance, in Brittany, since 1967, and the world's first solar furnace was built at Odeillo in 1969. In addition, some dwellings were being equipped with solar converters, and some were being at least partially heated by geothermal sources. Since 1914, Paris has been burning its garbage to provide heat; by 1981, trash burning was supplying over 30% of the city's heating needs.

What is the main gas that France uses? I have to do a project on this and i can't find the answer anywhere!!! im getting really fustraded!!! Since you had really good information here i waz wondering if u can asnwer my question before tuesday because that is when my project is due! PLEASE HELP ME!!!
2
nathan

nuclear-powered energy is the one that France has of the most and they have soler power, Then they have wind turn binds.one of those will work ANY will
3
stu

What makes France one of the most powerful nuclear powers? What is her preparedness in case of an eventual disaster?
4
sarah

i have a project please help me...where are the most important places in france that have oil and nuclear power .. thank you.