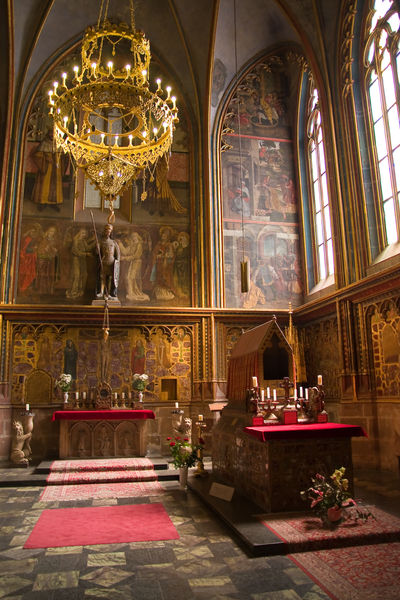 Though the country has a strong tradition of Christianity, the Communist rule of 1948 to 1989 greatly repressed religious practice. even today, many citizens do not claim membership in any religious organizations. In 2001, only about 38% of the population claimed to believe in God. About 52% claimed to be atheist. Only about 5% of the population are practicing Roman Catholics while about 1% are practicing Protestants. The Islam community has about 20,000 to 30,000 members while the Jewish community has only a few thousand people.

The constitution provides for religious freedom, and the government reportedly respects this right in practice. Religious affairs are handled by the Department of Churches at the Ministry of Culture. There is no requirement to register; however, officially registered groups are subsidized by the State. The Unification Church was denied registration in 1999 when it was determined that it had obtained proof of membership by fraud. To register a church must have a minimum of 10,000 adult members permanently residing in the country; only 500 are necessary for churches which the World Council of Churches has already recognized.

After the fall of the communist state in 1989, the Vatican began to appoint bishops in Czechoslovakia. In the next year, diplomatic relations were established. The Czechoslovakian Ecumenical Council of Churches continues to represent churches in both new republics.

well knowledge and details are given in this essay
3
785

Can you use recent percantages? it'd be really helpful.
4
Sophia

I really like this. At first I used so many sites for my project, now I only used this one. It would have been a bit more helpful and easier if you used recent percentages and you had categorized these by the five types of geography, otherwise, it was great for my school project!