In the early 1990s, it was estimated that about 97% of businesses were under state control. By 2003, the non-private sector accounted for less than 20% of business ownership. In fact, the Czech Republic's economy has advanced so quickly out of communism that the country anticipates accession to the EU as early as 2004. 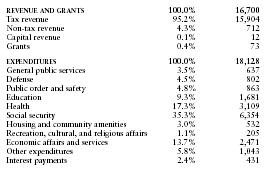