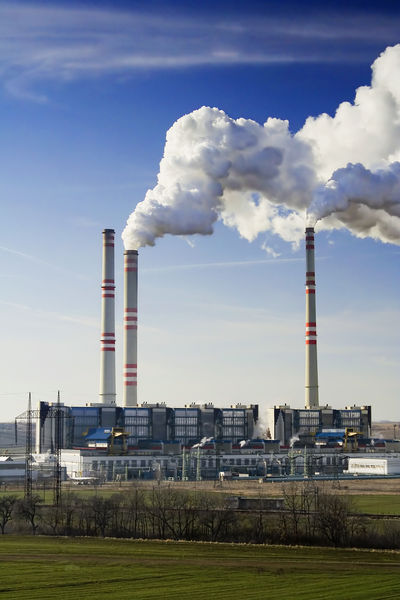 Before World War II, Czechoslovakia favored traditional export-oriented light industries, including food processing. Concentration on the production of capital goods since the war has been at the expense of consumer goods and foodstuffs, although there have been increases in the metalworking industry and in the production of glass, wood products, paper, textiles, clothing, shoes, and leather goods. Some of these and other consumer goods—such as the world-famous pilsner beer, ham, and sugar—had figured prominently in the pre-World War II export trade, but machinery was predominant under the communist regime.

The extent of Czechoslovakian industry still ranks both the Czech and Slovak republics among the world's most industrialized countries. A final wave of privatization begun in 1995 has resulted in an 80% private stake in industry, although the government maintains some control over steel, telecommunications, transport, and energy industries. However, in 2001, the energy utility CEZ was due to be privatized. Industry accounted for 40.7% of GDP and 38% of employment through 1995. However, while industrial wages continued to grow through 1996, output fell 3.5%, forcing the government to implement new austerity measures to spur renewed growth. Nevertheless, industry, which accounted for over 40% of the economy, registered a 4.7% decline in 1998. The recession, which continued into 1999, brought disillusionment to many Czechs who had emerged from the 1989 "Velvet Revolution" as the most prosperous citizens of the former East Bloc. The European recession, which began on the heels of the economic downturn in the US beginning in 2001, further exacerbated the struggling Czech economy. Industry accounted for 41% of GDP in 2001, and employed 35% of the work force. Although the relative contribution of industry to the economy had begun to decline in 2002, the industrial base remained diversified.

Major industries in the Czech Republic include fuels, ferrous metallurgy, machinery and equipment, coal, motor vehicle, glass, and armaments. The country is particularly strong in engineering, The Czech Republic in 2001 was receiving the highest foreign direct investment in the region, which was devoted to restructuring industrial companies. Forty percent of industrial production in 2001 came from companies with foreign capital, up from 15% in 1997. The Czech Republic produced 465,268 automobiles in 2001, up 2% from 2000. Skoda Auto, now owned by Volkswagen, is a successful Czech enterprise.

I really enjoyed this article about the industry in the Czech Republic. It really helped me with the project i am working on in Social Studies! Not only that but i am learning as i go!!!

Thanks a lot! This realy helped me with my project for my class, which happens to be due tomorrow O.o
3
Melle

Thanks this really helped me w/ my country report project and I have to do notes that re due tomorrow which I am SO happy i found this!
I am getting an A fosho!!!:D
4
Anonymous

Wow, great article! Working on a geograpy project - you SAVED MY LIFE! Or rather my grade! Thanks again!
5
Esam

Thank you for the information i was studying what i can import to my country from Czech
so the main industries are in machines metal and equipment not many countries can produce that.

thx i needed this 4 my project in Soicil studes as a 6 grader short world ... lol
7
savannah bradt

Thank you this helped for our WWII project. we really used alot of the info so thank you alot.
9
Adam

Thanks this was useful for my geography project on the Czech Republic.