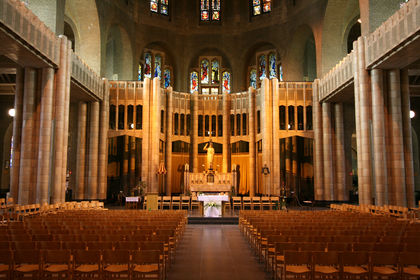 Religious liberty is guaranteed by the constitution, and no inquiries regarding religion are made by census takers. According to a 2002 report, however, about 75% of the population is Roman Catholic, and 25% are Protestant or other. The Muslim population numbers about 350,000, 90% of whom are Sunni. Protestants number between 90,000 and 100,000. Greek and Russian Orthodox adherents number about 100,000. The Jewish community is approximately 40,000, and Anglicans number approximately 21,000. The largest unrecognized religions include the Jehovah's Witnesses, with 27,000 members and Mormons, with about 3,000 members. About 350,000 people belong to "laics," the government's term for nonconfessional philosophical organizations. Unofficial estimates report that up to 10% of the population do not practice any religion at all.

wow this really amazing facts... and all true. I think I'm starting to trust this website.
Love the vocab very advanced theses days kids say anything that just pops into their head gosh I am lucky that I am 24
3
Gru off of Despicable Me