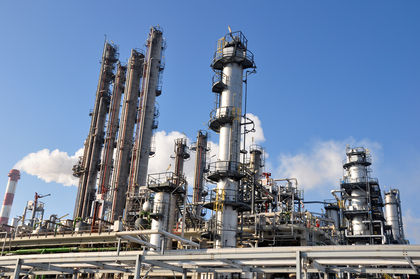 Industrial output has increased vastly since the beginning of World War II and contributed 33% of the GDP (including mining) in 2002. In 1946, the federal parliament nationalized basic industries. Major parts of the electric and electronics, chemical, iron and steel, and machinery industries remained state controlled until the 1990s, when the Austrian government embarked upon a privatization program. As of 2002, the steel, aluminum, and petroleum industries were majority-owned by private shareholders. Other privatizations taking place were the Austrian tobacco company, the Vienna airport company, and Telekom Austria.

The most important sectors of the textile industry are embroidery, spinning, weaving, and knitting. The value of textile production in 1992 was S 33,097 million. Some 19,241 tons of cotton yarn were produced in 1992.

Other leading industries, in terms of production value and employment, are electrical and electronic machinery and equipment, pulp and paper, ceramics, and especially foodstuffs and allied products. Austria has always been famous for its skilled craftsmen, such as glassblowers, goldsmiths, jewelers, lacemakers, potters, stonecutters, and wood-carvers.

The country is taking steps to change its image from one in which traditional "rust belt" industries such as steel and heavy engineering dominate. In 2003, the electronics, biotechnology, and medical and pharmaceutical sectors held potential for high growth. Investment in the construction industry increased, especially after the severe flooding of August 2002.