Improvements to the main port of Al-Hudaydah have expanded berthing, storage, and handling facilities and increase cargo capacity to 1,750,000 tons annually. Other ports are Al-Mukha, Aden, and Salif, which have sheltered harbors and deepwater berths capable of taking 10,000-ton ships. In 1999 teh Aden Container Terminal opened with further expansion plans underway. In 2002, Yemen had a merchant fleet of 4 ships, totaling 15,002 GRT.

Progress in air transportation has been rapid in recent years. In 2001 there were 49 airports, 16 with paved runways. The principal airfield, capable of handling modern jet aircraft, is Ar-Rahba International Airport, north of Sana. There are smaller international airports at Al-Hudaydah, Ta'izz, and Aden. Aden International Airport was renovated and Sana's renovation was scheduled for late 2001. Yemen Airways (Alyemda), the national airline, operates services between San'a, Ta'izz, Al-Hudaydah, and Al-Bayda and also schedules flights to Egypt, Ethiopia, Kuwait, Sa'udi Arabia, and the United Arab Emirates. The airline carried 841,400 passengers in 2001. 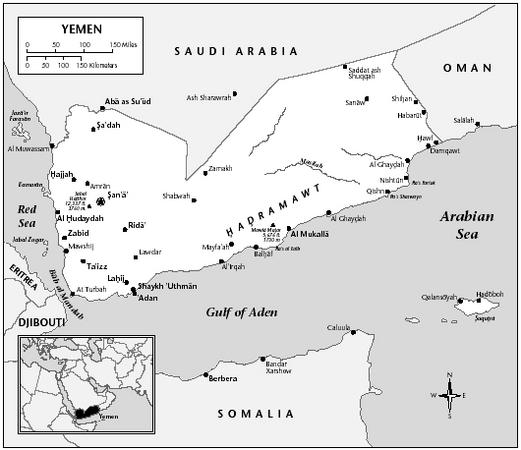 this is amazing work here.

i really enjoy this masterpeice.
:]
agstravagant!
great for researchers!

This is really great if your working on a project or something else, becaus it tells different kinds of transportation from different years. this little piece of Information helped me get an A on my Country study YEMEN:. I may be 14 years old, but i know how to speak my mind and my mind is saying thank you hehe... PCE PPL