Howland Island (0° 48′ n and 176° 38′ w), Baker Island (0° 14′ n and 176° 28′ w), and Jarvis Island (0° 23′ s and 160° 1′ w) are three small coral islands, each about 2.6 sq km (1 sq mi) in area, belonging to the Line Islands group of the Central Pacific Ocean. All are administered directly from Washington as US unincorporated territories. Public entry is by special permit and generally restricted to scientists and educators. Howland was discovered in 1842 by US sailors, claimed by the United States in 1857, and formally proclaimed a US territory in 1935–36. It was worked for guano by US and British companies until about 1890.

Baker, 64 km (40 mi) s of Howland, and Jarvis, 1,770 km (1,100 mi) e of Howland, also were claimed by the United States in 1857, and their guano deposits were similarly worked by US and British enterprises. The United Kingdom annexed Jarvis in 1889. In 1935, the United States sent colonists from Hawaii to all three islands, which were placed under the US Department of the Interior in 1936 and are administered as part of the National Wildlife Refuge system. Baker was captured by the Japanese in 1942 and recaptured by the United States in 1944. The three islands lack fresh water and have no permanent inhabitants. They are visited annually by the US Coast Guard. A lighthouse on Howland Island is named in honor of the US aviatrix Amelia Earhart, who vanished en route to the island on a round-the-world flight in 1937. 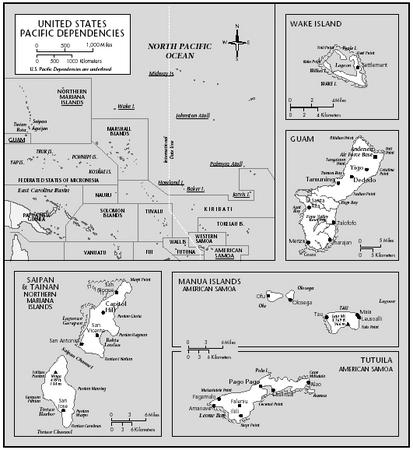 Which of these 3 islands - Jarvis, Baker and Howland is the last island ending New Year?
2
Charos

I didn't know about those islands. I'm glad to find out this. Thanks kindly for that. Do you inform me about other islands in US?