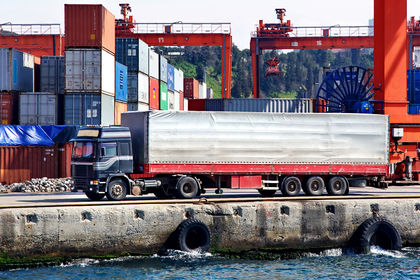 The textile industry, Turkey's largest manufacturing sector, is centered in Izmir, Istanbul, Adana, and Kayseri. The removal of EU quotas on imports of textiles and apparel when Turkey joined in a customs union with the EU in 1996 has improved growth prospects, and there is anticipation that the removal of global quotas in 2005 will offer even greater opportunities if carried out as scheduled.

Major industrial complexes include the government-owned iron and steel mill at Karabuk and the Eregli iron and steel works. Other important Turkish enterprises are brick and tile, glass, leather, chemicals and pharmaceuticals, metalworking, cordage, flour milling, vegetable-oil extraction, fats and oils, paper products, printing and publishing, plastic products, and rubber processing. The sugar-beet industry ranks first among food-processing industries and produces more than domestic consumption requires. The automobile industry expanded rapidly in the 1970s. Tofas, a joint venture between Fiat and Koc Holding A.S, Turkey's biggest industrial conglomerate, is the leading automotive producer. In view of the collapse of domestic demand in its worst economic slump since 1945, Turkey is looking to automotive exports of over $700 million in 2003 to help revitalize the economy. Much of the production of machines, consumer goods, and tools takes place in hundreds of small machine shops and foundries, where little special-purpose machinery is used. Industry accounted for 28.4% of GDP in 2000 (up from 25.9% in 1995) and, as of third quarter 2001, employed 22.4% of the labor force.

This artical really helped me with my homework and it really contributed to it. I like this because when someone does papers like this they really love the information
2
Dakota

I needed to find information on Turkeys economy and this site was very infomative. Thanks
3
Kamal

Quite informative. Also helped me in a research project.
4
Kaitlyn

I really needed information on a country project and I'm glad I found this website. :)
5
For you to find out

This is the second time this website has helped me, i used thia site for one of the other topics for my upcoming project and I can't believe how detailed it is, again! Great work, your work has really paid off and this was just what i needed. Thanks, once again.
6
Abbie

I'm doing UN Debates for a school project and this website has really helped! Thanks!