Tonga is an independent kingdom. According to the constitution of 1875, as amended, the government is divided into three main branches: the sovereign, Privy Council, and cabinet; the Fale Alea (Legislative Assembly); and the judiciary. The King-in-Council is the chief executive body, and the cabinet, presided over by the appointed prime minister, makes executive decisions of lesser importance. The prime minister is appointed for a life term. Lawmaking power is vested in the 30-member Legislative Assembly, which consists of 12 members of the cabinet sitting ex officio, 9 nobles elected to three-year terms by the 33 hereditary nobles of Tonga, and 9 representatives popularly elected to three-year terms. Sessions must be held at least once in every calendar year. Legislation passed by the Privy Council is subject to 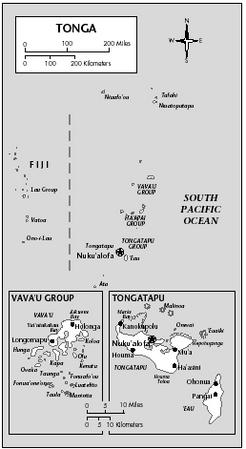 approval at the next meeting of the Legislative Assembly. Women voted for the first time in 1960, and the first woman was elected to the legislature in 1975. All literate citizens 21 years of age or older are eligible to vote.