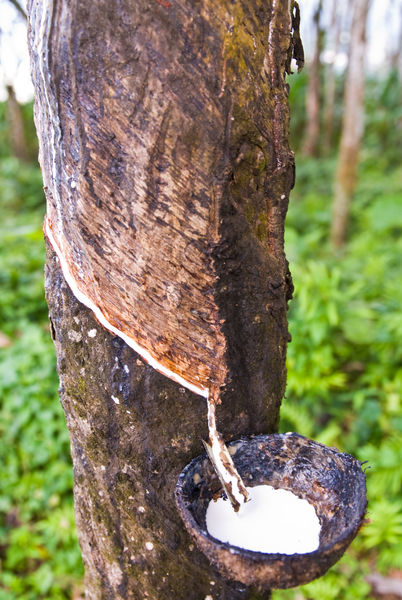 Seven government agencies supervise the Thai industrial sector: the Ministries of Finance, Commerce, and Industry, the Board of Investment, the Industrial Finance Corporation, the Bank of Thailand, and the National Economic and Social Development Board, (NESDB) in charge of formulating five year development plans. In 1982, an eighth agency, the Industrial Restructuring Committee, was created to coordinate the other seven and to formulate policy proposals in line with economic development plans. The main protective measures Thailand has used are import tariffs and price controls. Tariffs, low in the 1960s, were increased in the 1970s, some to above 90%, and price controls were pervasive. As part of the fifth economic development plan, 1982–1986, the government began to lower tariffs and relax price controls. In the economic boom of the early 1990s trade liberation was continued particularly as the protection of infant industries became less important for Thailand's industrial growth than reducing the cost of imported capital goods and spare parts for rapidly expanding sectors like the automotive industry and electronics.

Manufacturing grew at an average rate of 12% annually in the 1960s and 10% in the 1970s. However, in the wake of the second oil shock in 1978–1979, rising interest rates, reduced global demand and falling commodity prices adversely affected manufacturing growth. In the period 1971 to 1985 Thailand continued to import most its manufactures, although there was impressive growth in some sectors. The production of food products nearly tripled, textiles grew by over 500% and transportation equipment showed even greater growth.

With the collapse of oil prices in 1986, Thailand was propelled into a decade-long boom led by its industrial sector in which the economy more than tripled, ending in the collapse of the baht in early July, 1997. Automobile production increased 750% 1986 to 1996, from 74,162 vehicles to a peak of 559,428. Annual growth for automobile production averaged 42.6% 1986 to 1990, and, after a 7% decline in the global recession of 1991, 15% 1992 to 1996. It was the world's fastest expanding automotive industry and Thailand also became the world's second-largest producer of motorcycles and pick-up trucks. Thai automobile producers invested in capacity expansion on the expectation that demand would grow to about one million cars a year, but the onset of the Asian financial crisis meant that these expectations were unmet. Production fell 35.6% to 360,303 units in 1997 and then another 56.1% to 158,130 units in 1998. Recovery began in 1999, with a106.9% increase to 327,101 units, and 2000, with a further 25.9% increase to 411,721 units. By 2002, Thailand was on track to match the pre-crisis peak, with a projected production of 560,000 (56% of capacity). Similarly, motorcycle production by 2001 and 2002 had recovered to match the one-million-plus record set in 1997. Thailand's automobile sector consists of seventeen companies, the four largest being Auto Alliance Thailand (only pickup trucks in 2000), Toyota Motor Thailand, MMC Sittiphol, and Isuzu Motor Thailand, which together account for over 70% of production capacity.

By contrast, the cement industry, dependent more on the recovery of domestic demand, has not achieved pre-crisis production levels. Construction, one of the three leading growth sectors in the boom (with manufacturing and financial services), was the most severely impacted by the financial crisis. While the overall economy decreased 1.4% in 1997 and 10.5% in 1998, construction fell about 25% in 1997 and then over 38% in 1999, as landscapes that had been dominated by construction cranes were transformed into ones dominated by "For Sale" signs and unfinished buildings. Growth did not return to construction until 2002. Annual cement production, which grew from 18,834 tons in 1990 to a peak of 36,943 tons in 1997, was at 28,611 tons in 2002.

Textiles and garments remain Thailand's largest industry and second-largest source of exports (after electronics). This includes synthetic fibers production, which in 1995 was growing at a 25% annual rate, one of the fastest in the economy. About two-thirds of the output are ready-to-wear garments destined for markets in the United States and Western Europe. In 2000, there were an estimated 2,500 textile firms employing more that one million workers. By 2002 pre-crisis production levels had been achieved and slightly bettered, but with a significant proportion of capacity unutilized.

Hi guy's, Me and my friend's are learning about this country. It's a Social Studies activity. Thailand seem's like it's a very good country. It sound's beautiful! And I would like to say hi to the people who read's this! (: Arjay Policarpio
2
Bethany Cox

Hey people! Me and other people are learning about this country too. It counts for a Social studies grade, a reading grade, and a writing grade. I wish I lived in Thailand.I hope that if anyone is learning about Thailand uses this site.
3
Kavi Dahiya

I WANT TO KNOW ABOUT AGRICULTURAL INDUSTRIES AND JOB FOR SAME IN THAILAND BECAUSE I AM INTERESTING TO WORK IN THAILAND WITH A AGRICULTURE BASED INDUSTRY.