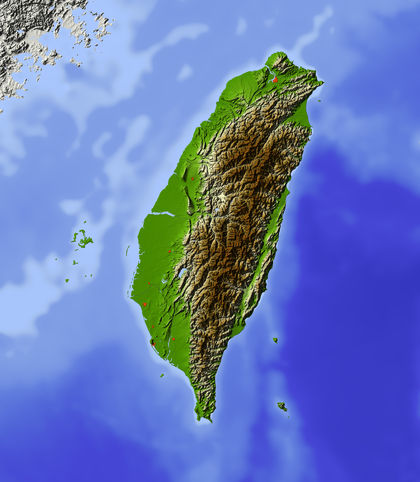 Taiwan, the seat of the Republic of China, lies in the western Pacific Ocean astride the Tropic of Cancer, less than 161 km (100 mi) from the southeast coast of mainland China, from which it is separated by the Taiwan (Formosa) Strait. To the NE , less than 129 km (80 mi) away, is the W end of the Japanese Ryukyu Islands; to the E is the Pacific Ocean; the Philippine island of Luzon lies 370 km (230 mi) to the S .

This is a very interesting piece. I like all the detail involved, i think the person who wrote them is very intelligent. Thanks, :) â™¥
2
æ›¾è‰²å— (Frank Tseng)

What the percentage of Taiwan land compare with the world?