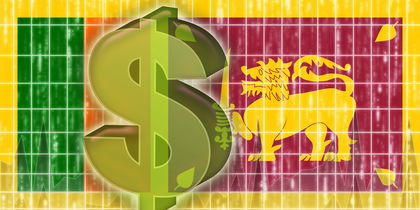 The great agricultural enterprises, insurance companies, and banks were developed originally by foreign capital. In 1959, foreigners owned almost 36% of the country's rubber acreage and 6% of the tea plantations; 80% of the insurance business was written by foreign companies, and the banking business was largely a monopoly of British and Indian firms. After 1961, when nationalization became widespread, private investors were reluctant to place new funds in Sri Lanka. Consequently, during the 1960s, the country had to depend almost entirely on loans and short-term credits. During the 1970–77 period, foreign companies, principally Japanese, were more willing to collaborate with public sector enterprises.

With the change of direction in the government's economic policy since 1977, foreign investment has flowed more freely into the private sector. The Greater Colombo Economic Commission (GCEC)—replaced in 1992 with the current Board of Investment (BOI)—and the Foreign Investment Advisory Committee promoted outside investment in export-oriented and high-technology industries, largely through joint ventures in which majority equity was held by Sri Lankan companies. Exceptions to this policy were the large luxury hotels and construction projects for the Mahaweli development program, in which foreign partners hold majority shares. The GCEC's Investment Promotion Zone, the country's first free trade zone (established in 1978), had attracted 116 foreign companies by 1985; 96 firms operating in the zone, chiefly clothing manufacturers, employed 35,786 workers and made capital investments with a total value of r286 million during that year. As of 2003, Sri Lanka has six free trade zones, also called export processing zones, administered by the BOI, plus three industrial parks that contain both export-oriented and non-export-oriented enterprises.

The main law governing foreign investment is Law No. 4 of 1978 as amended in 1980, 1983 and 1992, after which it has been generally known as the BOI Act. Under the BOI Act, foreign companies are separated into two categories: those that falling under Section 16 are subject to the "normal" laws, and those falling under Section 17 that qualify for special BOI-specified incentives. In general, incentives are targeted at investments that are export-oriented, infuse substantial capital into the economy and/or transfer advanced technology. On 1 April 2002 the BOI announced a new investment incentive structure for Section 17 enterprises that consists of two incentive programs, one for medium-sized investments and one for large infrastructure projects. Incentive program 1 is focused on "designated industries"—non-traditional export sectors for which the government has determined Sri Lanka has a comparative advantage, which are electronics, industrial and machine tools manufactures, ceramics, glassware, mineral-based industries, rubber-based industries, and light and heavy engineering industries—plus export-oriented services, IT-related companies, regional operating headquarters, agri-business investments over R 5 million (about $51,000) and small scale infrastructure projects. These are eligible for a three-year tax holiday, preferential income tax rates of 10% in the fourth and fifth years, and a preferential income tax rate of 15% thereafter, as well as duty-free imports during the project. Incentive Program 2 is for projects over R 1.2 billion (about $15.5 million) involving electrical power, highways, airports, seaports, railways waterways, etc. According to the size of the investment, their infrastructural projects qualify for tax holidays of five to ten years, a preferential 15% tax rate thereafter, and duty-free imports of capital goods. All BOI-approved projects include no restrictions on the repatriation of profits and dividends, and free transferability of shares. The BOI's new structure of incentives is part of Sri Lanka new program of initiatives designed to attract more foreign direct investment (FDI), averaging about $125 million per year. In 1999, FDI reached $210 million, but then fell to $175 million in 2000 and a meager $82 million 2001, year of devastating terrorist attacks in both Sri Lanka and the United States. In 2002, net FDI flow increased to $122 million. The total stock of FDI in Sri Lanka as of 2002 is estimated at about $3 billion. The largest investments have been in the power sector, followed by the textiles, telecommunications and chemises. Reliable statistics on FDI by country are not available, but the US State Department estimates that the largest investors have been South Korea, Japan, the United States (about $200 million in all), Australia, Hong Kong, Singapore and the United Kingdom. Sri Lanka has negotiated bilateral investment treaties (BITs), including investment protection provisions, with 24 countries.

Net flows of foreign indirect investment (FII), as reflected in portfolio investment through the Colombo Stock Exchange (CSE), have been negative since 1998, the year of the nuclear texts by Pakistan and India, and of the aftermath of the Asian financial crisis. The value of the CSE peaked in 1994, and as of mid year 2002, had recovered only about 70% of this high value, and was at levels not seen since 1991. The net outflow was an estimated $11 in 2001.

A major step towards increasing investor confidence was taken with the institution of the peace process following the cease-fire between the government and the LTTE in February 2002. At the end of 2002, the government relaxed its investment rules allowing 100% foreign equity in a number of services—banking, finance, insurance, stock-brokerage, construction of residential buildings and roads, supply of mass transportation, telecommunications, production and distribution of energy and professional services. Other sectors remain restricted and subject to case-by-case approval for foreign equity exceeding 49%, including most plantation enterprises—tea, rubber, cocoa, sugar and spices—and there remains a short prohibited list, which, except for franchises, keeps foreigners out of small scale enterprises. The government's policy of deregulation of the investment climate reflects pressure from the IMF, the World Bank, the Asian Development Bank (ADB), and its own precarious foreign reserve position, which dropped to level equivalent to 1.5 months of imports in 2001, and in 2003 was still below a level equivalent to 3 months imports.

Really good article. I got a lot of information about this topic. Send me new information, PLZ. bCZ, It will be a great support for our studies.
3
Rahmathullah

A doctor friend from UK wants to establish a clinic in Sri-Lanka on a small scale basis. The proposed project is to help the poor in general to provide quality health care for a nominal fees. I want to know;

1. Can my friend buy a land in Sri-Lanka to put up the Clinic?
2. As a foreigner, is my friend entitled to any tax concession?
3. What is the minimum amount of investment my friend has to introduce?
4. How long my friend can continue this business in Sri-Lanka?
4
Dr. MIRZAEI

It a very good article , hope the situation for development in Sri Lanka become better for investment in all walk of life
5
Dr. MIRZAEI

It a very good article , hope the situation for development in Sri Lanka become better for investment in all walk of life
6
madura

If any one interest invest casino/hotels/energy projects/waste water call us for details and approved projets available
mauram91@yahoo.se