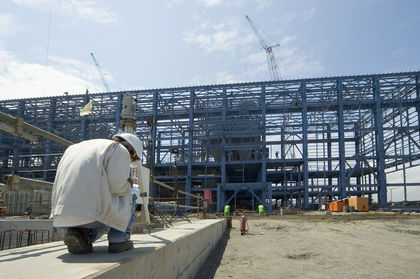 In January 2001 the Philippine government estimated that employment in industry had decreased by 86,000 since January 2000, or by 1.8%, and that its share of total employment had declined 1.2%. In this same period it reported a 7.4% increase in agricultural employment and a .6% increase in agriculture's share of the economy. These statistics reflect the setbacks the Philippines have encountered in its long-run strategy of converting to a more diversified economy with growth led by high value-added manufactured exports. These problems were aggravated by the global economic recession in 2001 and the aftershocks of the 11 September 2001 terrorist attacks on the United States. Over half of the value of Philippine exports in 2000 were accounted for by information technology (IT) products, which were particularly affected by the global recession in 2001 and the aftershocks of the terrorist attacks. Measured on year to year basis, merchandise trade declined -19.5% in the fourth quarter of 2001 due in large part to a -28.8% decline in electronic components exports, which registered a further -5.8% decline for the first quarter of 2002, according to Philippine National Statistics.

Exports of electronics first surpassed food products and textiles in value in the late 1990s, as the government sought to shift from an economy based on agricultural produce and sweatshop factory output to an economy anchored by the assembly of computer chips and other electronic goods, many of them computer peripherals. Over 50 chip assemblers and computer components makers have invested in Philippine operations. Intel with two locations, in Manila and Cavite, has invested over $3 billion and has been the Philippines leading exporter by value since 1997. Philips Semiconductors Philippines, Inc., which has been producing computer chips since 1985, opened a $300 million facility in 1999. Other technology companies with major investments include Acer, Toshiba, Hitachi, Fujitsu, Cypress Semiconductor, and Amkor Technology. In a 1999 World Bank study, the Philippines was credited with one of the world's most technologically advanced export structures. The potential remains but it is dependent on recovery of the international economy. A promising development was a major natural gas discovery in the Malampaya field, formally inaugurated in 16 October 2001 with the completion of a 312 mile (504 km) sub-sea pipeline and the conversion of three power plants in Batangas to natural gas usage. Foreign investment increased 171% in 2001 to $3.4 billion (almost $2 billion FDI and $1.4 billion portfolio investment), drawn also by a newly deregulated and privatized energy sector, contrary to the global trend that saw foreign investment decline by half. In the Philippine Energy Plan (PEP) 2000–2009 the government envisioned domestic energy production increasing to over 50% self-sufficiency from about 42% self-sufficiency in 2001. Oil production has not been promising: in 2001 only 2.3% of the oil consumed was produced in the Philippines. The Malampaya Deepwater Gas-to-Power Project has shifted the government focus to an emphasis on the development of natural gas resources.

The industrialization strategy proposed by the government in 1981 stressed development of exports and the accelerated implementation of 11 major industrial projects—a copper smelter, a phosphate fertilizer plant, an aluminum smelter, a diesel-engine manufacturing plant, an expansion of the cement industry, a "cocochemical" complex (based on coconuts), an integrated pulp and paper mill, a petrochemical complex, heavy engineering industries, an integrated steel mill, and the production of "alcogas." The copper smelter, the phosphate fertilizer plant, and the "cocochemical" complex went into operation in 1985. Exports of power train components from Honda's plant in the Philippines are due to begin in 2003. Local cement and steel manufacturers are seeking protection from foreign imports as part of the government's announced policy to reimpose tariffs to the maximum allowed by the WTO on imports that are locally produced. Historically manufacturing production has been geographically concentrated in the Metro Manila area and the adjoining regions of Southern Tagalog and Central Luzon. With the progress in electrification, this geographic concentration has begun to decrease. Most industrial output is concentrated in a relatively few large firms. Although small and medium-sized businesses account for about 80% of manufacturing employment, they account for only about 25% of the value-added in manufacturing.

I like this article ,provides description in detail, as it provides most of the points that related to industry with the latest update of information in 2010 and also consists of past illustration. Clear figures and percentage are shown in the article.