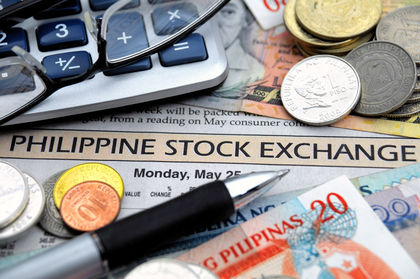 Investments have been concentrated in manufactures for exports, utilities, mining, petroleum refining, and export-oriented agriculture, with accelerating interest in labor-intensive textiles, footwear, electronics, and other nontraditional export industries. Investment is affected by import controls, exchange controls, and equity controls that favor Filipino participation in foreign ventures. Attempts to liberalize the economy of the Philippines are fighting three centuries of entrenched interests. Filipino political science research points out the influence and effects of Spanish colonialism that delivered the control of politics and economics into the hands of a small number of families. In the name of nationalism these families legislated against foreign competition in the 1950s. Serious restructuring began in the wake of the Third World debt crisis and the turn to the IMF for assistance. The Omnibus Investments Code of 1987 generally limited foreign equity ownership to 40%, but allowed 100% foreign ownership in a "pioneer" priority industry identified in the annual Investment Priorities Plan (IPP). Special encouragement was given to pioneer manufacturing endeavors, export-oriented and labor-intensive industries, projects outside metropolitan Manila, and to joint ventures with a minimum of 60% Filipino capitalization. The structural reforms produced an initial recovery between 1986 and 1989, but this was arrested by the series of natural disasters in 1990–1991.

The Foreign Investment Act of 1991 (FIA) further liberalized the investment climate of the Philippines. The FIA permits 100% foreign ownership, without prior BOI approval, of companies engaged in any activity not included in the foreign investment negative list. The foreign investment negative list is comprised of three categories where foreign investment is fully or partially restricted by the constitution or by specific laws. In all three categories foreign ownership is restricted to between zero and 40%. Restriction on setting up export processing zones has also been considerably relaxed. The development of special economic zones began with the transformation of the former US military bases into enterprise zones, the Subic Bay Freeport Zone (SBFZ) and the Clark Special Economic Zone (CSEZ) according to the Bases Conversion Act of 1992.

The Export Development Act of 1994 signaled the government's conversion from an import substitution model of industrial development to an export-led growth model, more in line with its Asian tiger neighbors. The banking and insurance sectors were also significantly liberalized by legislation in 1994. Since 1948 the four existing foreign banks had not been allowed to open branches. Under a 1994 law, each was allowed to open up to six new branches, plus up to 10 new foreign full service banks could be licensed with up to six branches each. Insurance was opened to 100% foreign ownership but such that the higher the percent foreign ownership, the higher minimum capital requirements. Rural banking, however, continues to remain closed to foreign investment. The next year, in 1995, the Special Economic Zone Act, and separate laws for independent ecozones in Zoambanga and Cayagyu, established the framework for the current collection of four government-managed ecozones and over 40 private ecozones, all with liberalized incentives to attract foreign investment. Amendments to the FIA in 1996 enhanced the investor-friendly framework, albeit leaving the country vulnerable to the rapid divestments of the Asian financial crisis the next year. With recovery, the government embarked on further reforms aimed at attracting foreign investors.

In May 2000, the General Banking Law (GBL), in addition to strengthening the supervisory role of the Bangko Sentral ng Philippines (BSP), allowed 100% ownership of distressed banks. Also in 2000, the Estrada administration opened the retail trade and grain milling businesses to foreign investment.

There remain, however, major restrictions on foreign investments in the Philippines besides the natural hindrances that this most disaster-prone of countries is liable to, not the least of which is the complexity and detail of the investment regime. Under the FIA, the government is obliged to promulgate a Foreign Investment Negative List (FINL) consisting of a List A of foreign ownership limited by the constitution and specific laws, and a List B of foreign ownership limited for reasons of security, defense, risk to health and morals and protection of small- and medium-scale enterprises.

On 22 October 2002 President Arroyo issued the Fifth FINL. On List A, by its terms, no foreign equity was to be allowed in the mass media except recording, nor in any of the licensed professions including law, medicine, accounting, engineering, environmental planning, interior design, teaching, and architecture. Small scale retail and mining, private security, utilization of marine resources, the operation of cockpits, and the manufacture of fireworks, are off-limits to foreigners, as are, on another level, the manufacture and stockpiling of nuclear, biological, chemical and radiological weapons. Only a maximum of 20% ownership is allowed a private radio communications network; only up to 25% in employee recruitment industries, public works construction projects (though with important exceptions for infrastructure/development projects, and those built with foreign aid); only up to 30% in ad agencies; only up to 40% in natural resource extraction projects (though the president can authorize up to 100%), ownership of private lands, ownership of condominiums, educational institutions, public utilities, commercial deep sea fishing, government procurement contracts, adjustment companies, and rice and corn processing (with at least 60% divestment to Filipino citizens required after 30 years of operation); and only up to 60% in financial and investment houses. On the B list for 2002, foreign ownership is restricted to 40% in manufacture of firearms, ammunition, explosives, military ordnance, dangerous drugs, saunas, steambaths, massage parlors, all forms of gambling, local businesses not engaged in exporting with paid-in capital of less than $200,000 and local businesses that involve advanced technology or employ at least 50 persons with paid-in capital of less than $100,000.

In January 2001, President Arroyo, a trained economist, launched a high profile campaign to attract foreign investment. Former president Fidel Ramos and four other senior government officials were appointed as envoys to promote trade and investment. Against strong nationalist opposition, her administration passed the Electric Power Industry Reform Act that requires the National Power Corporation (NPC) to privatize at least 70% of its generating assets by 2004. NPCs transmission assets were fully privatized and opened up to the maximum 40% foreign ownership allowed for public utilities. 2001, in fact, turned out to be a banner year for foreign investment in the Philippines, which increased 171% to $3.4 billion (about $2 billion FDI and $1.4 billion portfolio investment), all the more remarkable because of the decline by 50% worldwide in foreign investments that year, and because of the Philippines' emergence as a front in the War of Terrorism, thanks to the Abu Sayyaf (Father or Bearer of the Sword) Group and its close links to al- Qaeda. The Philippines' newly deregulated and privatized energy sector was the main draw, the center piece being the Malampaya natural gas project, which was officially inaugurated on 16 October 2001 following the completion of its 312-mile (504-km) undersea pipeline and the conversion of three power plants in Batangas to natural gas usage.

what are the positive effects of foreign investments to the Philippines?